Jason Statham is made of rage and speaks like he’s reading the instruction manual for setting up a Freeview box. Naturally neither of these things elevate Parker to the lofty heights of, say, The Mechanic; and make for the most mind-numbing 118 minutes of your life that you will never get back. 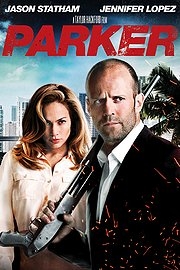 The Stath plays Parker, a trigger-happy, gruff-voiced thief with two rules: don’t steal from people who can’t afford it, and never hurt anyone who doesn’t deserve it. During a heist at a state fair Parker’s vicious and greedy gang break the latter rule by setting fire to a barn, causing a line-dancer to perish in the blaze. As if this wasn’t enough to wind Parker up, while escaping the scene the rest of the crew turn on him when he refuses to part with his share of the cash. Melander (a grunting, desperate, pathetic performance from Michael Chiklis) wants to steal some jewellery from a rich old bint in Palm Springs. Parker’s having none of it, so they fling him out of the getaway car and leave him for dead by the side of the road. Parker is extremely hard to kill, mind. A passing family rescue his carcass, he breaks out of hospital, forces his way into some cash and a motel and waits. Waits like a hole-punch with a temper until he can get his revenge. 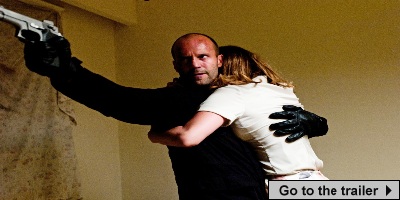 Getting in touch with his girlfriend Claire with whom he shares an entirely unbelievable and chemistry-free relationship; and Claire’s father (Nick Nolte, going through the motions) he moves out to Palm Springs in search of the gang. Enter Jennifer Lopez‘s Leslie (which Parker surprisingly does NOT do at any point in this film. Sorry, boys), a quirky estate agent who is looking for her first commission; even if this means stealing it from a bitchy colleague. Their first meeting is so sexist I wanted to boo and hiss. He orders her to strip, then turn around so her peachy rear-end is to the camera, then lift up her hair; all to check that she isn’t wearing a wire. But Leslie is LOVING this, you see. She closes her eyes and her breath quivers as Parker’s dumb stare courses down her spine. She enjoys it so much that she invites him, A MAN SHE’S KNOWN FOR FIVE MINUTES, to do it again later on.

Leslie somehow manages to run a background check on Parker from her home computer and realises that he isn’t all he seems. When he divulges his plan to her, she immediately wants in; and it all gets stupider from there. 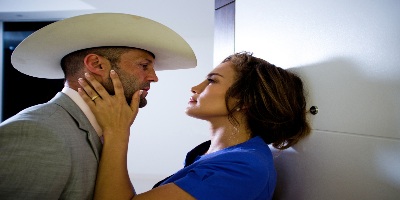 All the dialogue and relationships (Parker and Claire; Leslie and her mother) seem to be there just to flesh out the “boring bits” in between each frantic action scene. What is also noticeable is how easily every criminal in Palm Springs seems so ready to submit to one man’s will. After a few moments of torture with a chair in one encounter, Mr Shady Bad Guy bears his soul to Parker, putting his own brother in harm’s way as a result. The only commendable fight sequence is a particularly brutal scrap between Parker and a mysterious assassin on the top floor of a penthouse, in which a toilet bowl – I kid you not – is used as a weapon. As I said before, Parker is hard to kill, and he proves this by flinging the assassin over the balcony to his death all with a knife protruding from one of his hands. If the rest of the film was that visceral Parker might have got at least… one more star.

What is it about Jason Statham that makes everything he touches turn to concrete? When his name pops up on a poster you automatically expect the worst film ever made, which is unfair on the Snatch star who is clearly trying his best here. Jennifer Lopez seems to have only been cast to make the mouth-breathing teenage boys go and watch it when they get bored of scrolling through PornHub: a policeman stares at her backside twice, giving the audience license to do the same; oh – and she likes large black things between her thighs. She actually says as much. What on earth made Jenny from the block say yes to this? 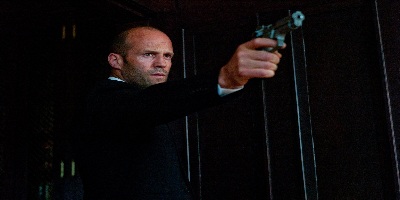 Those who are unfamiliar with Jason Statham would do well to stay that way. Parker isn’t “so bad it’s good”; it’s so bad it’s… just so so bad. Meanwhile, fans of Statham’s earlier work such as The Expendables will leave the cinema feeling completely let down. Jason’s not brilliant by any means, but he’s better than this.