Top 10 Worlds of the Future 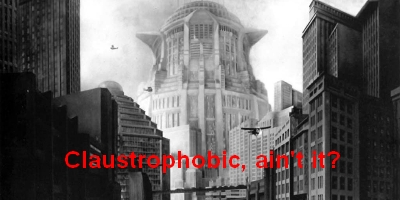 Fritz Lang gives the future a German expressionist twist in this silent movie that has been frequently referred to as the first film to feature a dystopian fate. Lang transported us to the year 2026, where the city of Metropolis is a landscape of towering complexes with lashings of art deco style and suspended streets. Industrialists are the power-mongers of this world, ‘Thinkers’ who make plans while laying in the lap of luxury, completely unaware of the secret that lies beneath their feet. In the depths of an underground territory the working class live, slaves engaged to run the machinery that keeps above ground in tip top shape. Freder is the son of Joh Fredersen, founder and master of Metropolis, who stumbles upon the secret and fulfills a prophecy that calls for a “heart” (mediator) to joins the “hands” (the workers) to the “head” (the thinkers). It’s not all doom and gloom, however: why not wreak a little havoc by building a robot that can turn into a real woman at the flick of switch! 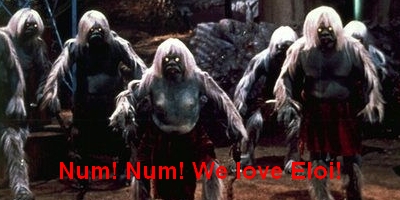 With the help of his handy dandy Time Machine, inventor George (Rod Taylor) zaps us to the year 802,701, where director George Pal reveals a human race that has evolved into two different species. When a centuries-long nuclear war forces life underground, the survivors divide and become creatures of opposing natures. Those that return to the surface remain more or less human and restart society as the Eloi, sans the comforts of civilization or education. Those who remained below in subterranean caverns become monsters known as Morlocks, who venture out only at night in order to hunt the Eloi as food. Mmmm! Cannibalistic goodness! Role reversal is the name of the game for Franklin J. Schaffner. AD 3978 sees humans as primitive creatures and apes as the ruling class. Not only do these primates have the ability for complex conversation but they dress up nice when hunting down the feral vermin that is homo sapiens. While gorillas take on the muscle-bound roles of police and military, orangutans govern the bureaucracy as administrators and politicians, leaving the mild-mannered chimpanzees in the arena of intellectuals and scientists. Choices for humans are pretty basic: be enslaved for the purposes of labour/experimentation or die. All of which is understandably bewildering to our hero, George Taylor (Charlton Heston), an astronaut that finds himself crash landed in this strange era. A diabolical world of youth and beauty awaits us if Michael Anderson has anything to say about it. In the year 2274, civilization has retreated into a domed city, sealed off and run like clockwork at the hands a computer. Decadence and leisure are enjoyed by all as every aspect of their lives is taken care of by a chip and disk authority. Population and resources are maintained at an equilibrium with the use of one handy little rule: death at 30. To achieve this end, the palm of every citizen is implanted with a Lifeclock crystal that changes colors as their “Last Day” approaches. Then it’s off to the ritual of “Carrousel” which will see them vaporized before being “renewed”. Naturally, this seems a bit harsh to some but all outcomes are foreseen and fugitives, known as ‘Runners’, have ‘Sandmen’ to hunt down and kill them. Bet that old hunk o’junk never saw the problem of a Sandman turning Runner coming! 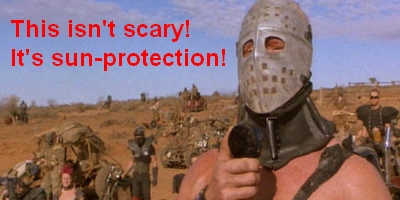 George Miller’s trilogy begins with energy shortages due to the depletion of Earth’s oil supplies. In Australia, society starts to deteriorate and bureaucratic restrictions lead to a fragmentation of the police force. Anarchy rules on the superhighways with motorcycle gangs running rampant, vandalizing, stealing and terrorizing as they go. By the time of The Road Warrior, the Outback is essentially a war-zone, as isolated pockets of civilization attempt to survive within armoured domains against roving bands of marauders and barbarians who lay siege for remnants of fuel. Three years later in Beyond the Thunderdome a new order has been created and peace is enforced through the harshest of laws. Conflicts are resolved in a gladiatorial arena and slavery is just the way of the world. Good thing Max (Mel Gibson) is around to show them just what’s what! 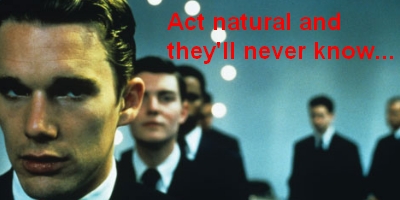 It’s biopunk or nothing for Andrew Niccol. Gattaca predicts genetic discrimination for our future when parents are given the power of preimplantation genetic diagnosis (dare you to say that 10 times in a row). In this scenario, potential children are screened and only carried to term if they possess the best hereditary traits. Biometrics will then be used to classify people as “valids”, if they are so born, or “in-valids”, if they are traditionally conceived. A person’s DNA will come to be the entire interview process, the perfect “valids” qualifying for professional posts while the flawed “in-valids”, due to their susceptibility to disease, educational dysfunction and shorter lifespans, are subjected to menial tasks. “In-valid” Vincent Freeman (Ethan Hawke) is having none of this and chooses to become a “borrowed ladder”, turning to the “valid” Jerome Morrow (Jude Law) to achieve his dream of becoming an astronaut. You go, you underdog you! 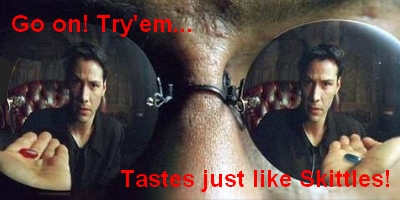 You might think it’s just another day in 1999 but, oh boy!, would you be wrong. The Wachowski siblings imagined a time when our reality was nothing more than a simulation, code called “The Matrix” constructed in cyberspace. The date is actually closer to 2199 and sentient machines have the run of the land, pacifying the human population with a dream world so their bodies’ heat and electrical activity can be harnessed as an energy source. Being part of the “unplugged” rebellion means living in Zion, a city built four kilometers below the surface and just above Earth’s mantle, well away from the polluted sky. Prophesied as “The One” able to put an end to the war between humans and machines, Neo (Keanu Reeves) joins forces with Morpheus (Laurence Fishburne) and Trinity (Carrie-Anne Moss) to free his mind, control the Matrix and bring a whole world of hurt on Agent Smith (Hugo Weaving). 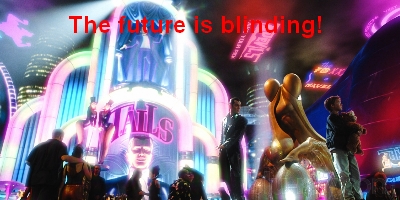 Despite global warming flooding our coastlines and diminishing the human race, Steven Spielberg sees the future with a mechanical glow. In the late 21st Century suspended animation maintains life till cures for rare diseases can be found; flying submersible vehicles called amphibicopters litter the sky; the city of Manhattan is now partially underwater and a new class of robots are brought to life, androids so advanced they are capable of not only emulating thoughts but emotions as well. But it doesn’t just end there! Spielberg swoops on to give us a glimpse of our world two thousand years on. With a planet buried under several hundred feet of glacial ice, all life is extinct leaving the Mechas to evolve into alien-looking beings capable of some form of time manipulation and telekinesis. We still hold a place in this time but only as part of their studies to discover the meaning of existence. 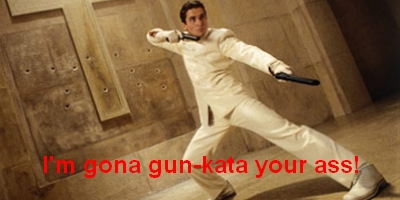 Feelings are a real no-no in Kurt Wimmer’s Fascist future. Following the end of the Third World War the authoritarian city-state of Libria, governed by the Tetragrammaton Council, emerges with an ideology that demonizes emotion as the root of all conflict. For the benefit of the common economic and social good, citizens are required to take daily injections of the emotion-suppressing drug Prozium. Emotionally stimulating material, such as art, books and music, is banned and incinerated on sight, while “sense offenders” are persecuted by the pinnacle of law enforcement, Grammaton Clerics trained in the martial art of gun kata. One of this order, John Preston (Christian Bale), blossoms into the hope of the Resistance when one missed dose reveals his missing sentiment. Overthrowing a regime isn’t quite so easy, however, when you’re being constantly dogged by a suspicious partner (Taye Diggs). 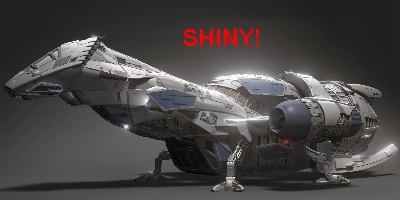 Earth is set to be nothing but a memory as far as Joss Whedon is concerned. By 2517, humans have left home and moved into a new star system, 34 Tauri, where the superpowers of the United States and China fuse to form the central federal government. Being a citizen of a “Central Planet” means an experience akin to Earth, the privileges of a fruitful terraform, dense population and high-tech civilization placing you under the firm dominion of the Alliance. Occupation on a “Border Planet” will take you back to the Wild West: with the basic of all environments, a sore lack of necessary amenities and a survival of the fittest authority. Venture further into “The Black” and come face to face with madness in the form of savage, cannibalistic nomads dubbed Reavers. Aboard the Firefly-class Serenity, Captain Malcolm Reynolds negotiates this space as he juggles staying beyond the reach of the Alliance with keeping his crew mostly intact and uncovering the mystery that is the planet “Miranda”.

Have we missed your favourite future world? Well then stop wasting time and tell us all about it!

Previous: Casting super update!
Next: The Place Beyond the Pines