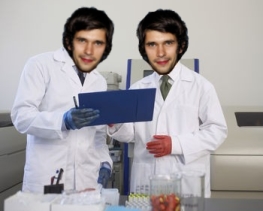 A civil war has broken out here at BFF Towers: Tash is dead and John is carving Desmond Llewelyn’s face into his torso with a broken pen, while Flo is singing a poorly adapted version of When You Wish Upon a Star, with the word “star” replaced by “shaw” and firing a gun wildly at anything that moves. They’re both asking me who I support, so I’m pretending I think they mean Q from Star Trek: The Next Generation.

What’s kicked off all this bloodshed and violence? The announcement that Ben Whishaw, formally of being hot and young fame, will be playing gadget-master Q in the upcoming James Bond film Skyfall, alongside bad guy Javier Bardem. It’s a bold choice, a new choice, possibly a crazy choice?

At 31 years old, Whishaw is younger than Daniel Craig, which may well indicate something of a reversal of the classic Bond/Q relationship. Whatever the case, it’ll certainly shake up the series a bit, which might even be a good thiJOHN WHAT ARE YOU DOING GET OFF MY THROA-