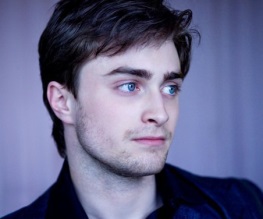 Continuing his relatively successful quest to be known for things other than that bloody scar, DanRad has signed up for another slightly offbeat project – and this one’s about our absolute favourite sort of civil engineering.

Based on a true story, Brooklyn Bridge will star Radcliffe as Washington Roebling, an inexperienced engineer who takes over the construction of, well, the Brooklyn Bridge when his father dies. We’re not entirely sure that major construction jobs should be inherited like that, but what do we know?

Douglas McGrath, perhaps best known for co-writing Bullets over Broadway with Woody Allen, is due to direct, with production scheduled for after the New York run of Radcliffe’s play The Cripple of Inishmaan. We can also expect to see Danny boy in rom-com The F Word, horn-based horror Horns and that Frankenstein reboot (not the one with Aaron Eckhart), in which he’ll be playing Igor. Good stuff.

Do you think Daniel Radcliffe’s doing a good job of casting off the stigma of child stardom? Let us know below!

Previous: Justin Bieber arrested for drag racing whilst drunk
Next: Ben Kingsley to play ‘Pharaoh’ in Night at the Musem 3