Fox to Remake Planet of the Apes…Again 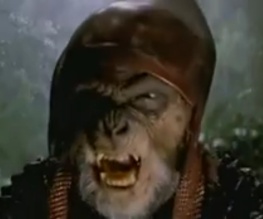 Will the studio be made a monkey out of again? Only time will tell, but New York Magazine reports the current Planet of the Apes reboot is definitely still in the works.

The current apely incarnation, titled Caesar, is a reworking of the fourth film in the original series, Conquest of the Planet of the Apes. It details how the ape uprising came about – namely as a result of one particular furry fella who, due to the humans’ genetic experiments, develops a superior intellect to his captors and manages to lead an overthrow of mankind.

Recent internet reports actually had it that the remake was dead in the water, after new writer Scott Frank (Marley and Me, Minority Report) left the project along with producer Scott Rudin, who was only on board as a favour to Frank. Apparently studio execs told him the script was too dark and too expensive to be feasible – hardly surprising after the complete crash-and-burn of the last Tim Burton remake, and if Burton can’t make apes into box office gold, who can?

According to New York‘s article though, the script has now been picked back up by producer Peter Chernin, former Chief Operating Officer at NewsCorp who’s recently come on board at Fox. As part of a “golden parachute” deal negotiated when he left NewsCorp, Chernin is allowed to make a certain number of films per year without having to get the go-ahead from the studio’s top brass. And it turns out he’s a bit of an ape-o-phile – in 1992, when he became head of Fox Filmed Entertainment, Chenin paid Oliver Stone $1 million to executive produce a Return of the Apes film.

Studio insiders have confirmed that Street Kings‘ Jamie Moss has been hired to polish Frank’s script, with a view to getting the project into production ASAP. So it seems the apes will rise again!

What do you think of the idea to reboot Planet of the Apes – inspired or ridiculous? Let us know!

Previous: Brothers
Next: 500 Days of Summer 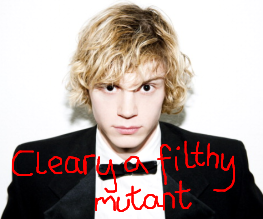