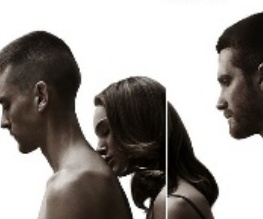 We can’t remember the last time we’ve seen a film that truly made us cry. Not just shed a solitary tear that we brushed away before the people sitting next to us could notice, but involuntarily sob, in that frightening, faced-screwed-up, fellow-movie-goers-thinking-we-might-actually-be-mental kind of way. We weren’t expecting it from this remake of Susanne Bier’s 2004 Danish drama Brødre, which follows a family torn apart when its prodigal soldier son is pronounced dead in Afghanistan. Such subject material in the hands of Hollywood immediately sets off the cheesy melodrama alarm in our heads, but with a brilliant young cast including Tobey Maguire, Jake Gyllenhaal and Natalie Portman, we held out some hope. Turns out it wasn’t unwarranted. Thanks to powerhouse performances and a decent screenplay from The Kite Runner‘s David Benioff, Brothers delivers not, as the trailer suggests, another clichéd wartime romance about a young damsel caught between two hotties, but a tragic portrait of the effects of war on young lives.

The film starts off predictably enough, setting up the perfect all-American qualities of its hero, Captain Sam Cahill (Maguire), a Marine who’s about to set off for Afghanistan just as his ne’er-do-well brother Tommy (Gyllenhaal) has gotten out of prison for armed robbery. When Sam’s helicopter crashes and he’s presumed dead, it’s up to family black sheep Tommy to step in and take care of his devastated wife Grace (Portman) and two confused daughters (Bailee Madison, Taylor Geare). It turns out, though, that Sam is alive and enduring hell at the hands of the Taliban, and when he finally arrives home it’s as a shell of a man consumed by suspicion at what his wife and brother may have been up to.

This film may have descended into cheese if not for the calibre of its leads, particularly Maguire. Modern cinema-goers haven’t seen him in anything but Spider-Man for a while, so it’s astounding to see this truly adult performance coming out of him. He plays the disturbed soldier with perfect measures of slow-burning guilt and white-hot rage so that he’s never overacting, thoroughly believable and utterly heartbreaking. Portman is her usual beautiful, vulnerable self as the grieving wife – the scene where two Marines arrive at her door to break the news about her husband moved us unexpectedly to tears only about 15 minutes into the film. Gyllenhaal tries his best with the less meaty role he’s been given, but in our opinion plays it a bit too nice – you never quite believe that this same guy who’s making snowmen in the yard with his nieces could be capable of holding up a bank.

Direction-wise, things are a bit clean, which is where the film differs from its Danish counterpart. Hollywood weepy veteran Jim Sheridan (In America, In the Name of the Father) tries slightly too hard to wrap the story up in a nice bow, particularly in his use of voice-over diary-style narration from Sam and in the neatness of the ending. The best moments of the film are in the quiet close-up shots where it’s just the actors and their emotions, and the more he lets them alone tell the story, the stronger a narrative it becomes.

This leaning towards cliché, though, wasn’t enough to take away the confronting sense of tragedy that Brothers leaves you with. It’s an unexpectedly harrowing cinema experience that hits you right in the gut, and it could well be the resurrection of Maguire’s post-Peter Parker career.

Previous: Hobbit Heading for Development Hell?
Next: Fox to Remake Planet of the Apes…Again