Hans Zimmer wants you to be louder, DAMMIT 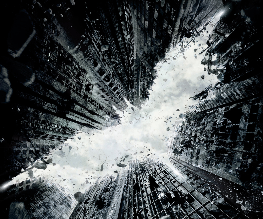 Remember how, a while back, we told you that Hans Zimmer wanted to get Nolan-fans onto the soundtrack of The Dark Knight Rises? Well, apparently none of you are being nearly aggressive enough. He needs your mouths, and he needs them LOUD.

For those not in the know, Zimmer put out the call to film-lovers everywhere, stating that he needed them to participate in a chant that would make it onto the Dark Knight Rises soundtrack. The chant (“Deh-shay, deh-shay bah-sah-rah, bah-sah-rah” – catchy eh?) would be sampled and used in the film itself. But apparently, although thousands of you have uploaded your most enthusiastic chanting, the output just hasn’t been enough.

“It’s nice to have the whole world join in on a chant,” the composer said on MTV recently, “my only problem is that they’re so well-behaved on the chanting right now. If anybody goes onto UJAM right now, I need a little bit more. If you want to be heard, get a little louder, get a little more aggressive.”

What are we waiting for? Head over to UJAM right now and get ta screaming. Bane needs you, dammit, and is there a more noble cause than that of the League Of Shadows?