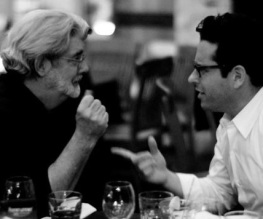 Exciting times for Star Wars fans again. Having experienced a roller-coaster ride of news, rumours and speculation since Disney bought Lucasfilm three months ago, it appears today that Episode VII has a director. J.J. Abrams, who is currently in post-production with the latest Star Trek installment Star Trek Into Darkness, has reportedly put pen to paper to bring a seventh slice of the Star Wars universe to the screen. This follows the news we heard in November that Oscar-winning Little Miss Sunshine director Michael Arndt has been hired to write the screenplay for the film, which will be set after the events of The Return of the Jedi.

Back in November, Abrams told Entertainment Weekly that he wouldn’t take on the job, and speculation recently had centred on Argo director Ben Affleck. However, it seems that Chief of Lucasfilm, Kathleen Kennedy has always been keen on Abrams, a favourite amongst fans, and one of the most sought-after directors and producers in Hollywood. His production company Bad Robot is behind hit TV series Lost, Alias and Fringe, while his cinematic offerings include Super 8, Star Trek and Mission: Impossible III. Star Trek Into Darkness opens in the UK on the 17th May.

Disney has slated the first installment of a projected further three Star Wars films for 2015, so presumably JJ will have to jump right in. As to whether many of are old (by now pensionable) favorites from the originals – Ford, Fisher, Hammil – will be returning, the blogosphere, and we here at BFF, are rife with questions. Check out our recognition that people might be sick of Star Wars, and our Star Wars Friday drinking game, if you actually to want to get sick while watching Star Wars.

Is J.J. Abrams the man to resurrect the lost Star Wars universe? Or is the project another Mission: Impossible III? Or maybe you don’t care? LET US KNOW.