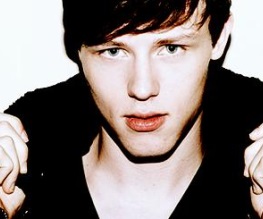 Get On Up, the biopic following the extraordinary career of James Brown, is slowly coming together, with the news that a virtually unknown actor has been cast as Mick Jagger.

Jagger, who knew Brown for decades and is producing the film, will be portrayed onscreen by Nick Eversman, an actor who made his first film just four years ago and doesn’t even have very big lips. He appears to have mostly been in awful films (Hellraiser: Revelations, Vampires Suck, that sort of thing), as well as squeezing in the obligatory appearance on CSI: Miami (it’s like Australian actors and Neighbours these days, everyone does an episode or two) and a main role alongside Sean Bean in ABC’s Missing.

We don’t know a lot about the rest of the cast yet, although 42‘s Chadwick Boseman will be playing the Godfather of Soul himself and Viola Davis, Dan Aykroyd, Octavia Spencer and Craig Robinson will appear in as-yet unconfirmed roles. Tate Taylor, director of the Oscar-winning The Help (which starred Davis and Spencer), is directing from a script by Steven Baigelman, Jez Butterworth, and John-Henry Butterworth, and we’re expecting to see Get On Up in cinemas sometime towards the end of next year. Plenty of time to buy a brand new bag (is that even a joke?), anyway.

Will you be watching Get On Up? Let us know below!