Joss Whedon has done a thing. 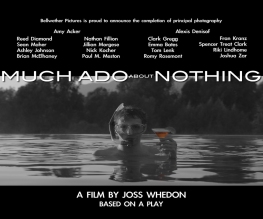 If any further proof was needed that Joss Whedon is in fact God, the news that he has managed to shepherd another project into production alongside The Avengers is surely it.

Not content with helming one of the biggest blockbusters ever conceived, a logistical Dark Knight-mare that must juggle not just one but FOUR multi-million dollar franchises, Whedon has somehow found the time to adapt a play for some of his most frequent collaborators.

Starring the likes of Amy Acker, Alexis Denisof, Nathan Fillion  and Tom Lenk, not to mention The Avengers‘ own Clark Gregg, Whedon’s Much Ado About Nothing is likely to prove anything but. With very little else to go on, the cast alone implies that Joss has plans to return to his own patented Whedonverse once he has finished up work on Marvel’s flagship property. With the Joss-scripted The Cabin in the Woods finally set for release, 2011 really does promise to be Whedon’s year. Dust off your browncoat and fetch Mr. Pointy, if there’s a clue in the film/series/sing-along-blog’s utterly baffling teaser we’ll bloody well find it.

Go to muchadothemovie.com; tell us you’re not confused.

Previous: Inspiring The Next Generation: The Discovery Film Festival
Next: Sket