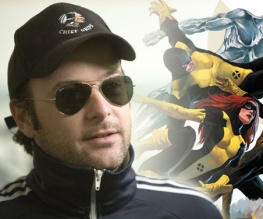 Following the unprecedented success of last year’s X-Men: First Class, Kick-Ass director Matthew Vaughn is returning to the Marvel saddle to direct a sequel to his critically acclaimed mutant prequel. What’s a sequel to a prequel called? Is it just ‘a film’? I didn’t think we made those any more…

Literally nothing is actually known about X-Men: Second Class, which is what we’ll be calling the film until we’re told differently. Various other articles have said things like “the major cast is likely to return”, “Vaughn is tipped to involve screenwriter Jane Goldman” and “Bryan Singer is almost certain to produce”, but all of those statements are utterly fucking meaningless. However, we suspect they’ll probably all turn out to be true. With that in mind, the major cast of X-Men: First Class is likely to return for the second film, with X-Men and X2 director Bryan Singer almost certain to produce. Vaughn is also tipped to involve screenwriter Jane Goldman, whose latest film is the soon-to-be-released The Woman in Black.

Do you know anything about this? You might as well tell us if you do!

Previous: The Grey
Next: WIN Afterschool on DVD