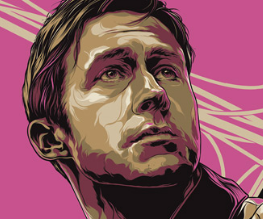 In celebration of the film’s success, Mondo have commisioned Ken Taylor (known for his bitchin’ rock posters) an official alternative poster, one that completely blows the first, rather lack-lustre attempt out of the water. Look at it. Just look at it: And the best part is that the clever Mondo folk are well aware of how valuable this print is going to be, announcing that extra copies printed in 24″ x 36″ will be sold online starting Thursday, February 2nd. Follow @mondonews on Twitter to be in with a (very, very small) chance of getting your sweaty hands on one. Sigh. Why isn’t all big budget movie advertising this good?

Previous: Silent Cinema in the Digital Age
Next: Orange (Wednesday)s And Lemons #55