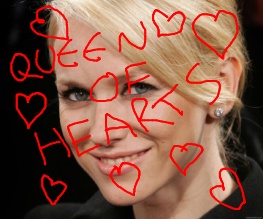 Naomi Watts is to play Princess Diana in a new biopic by the chap who made Downfall. There’s a perfectly ordinary English sentence.

Yeah, apparently this is the sort of thing that’s allowed to happen nowadays. Naomi Watts, perhaps the most reliably disappointing A-list actress in the business, is to play the troubled People’s Princess in the last two years of her life (before, y’know, Prince Philip had her assassinated). Caught in Flight will be written by Stephen Jeffreys (The Libertine, loads of plays) and directed by Oliver Hirschbiegel (The Invasion, which in case you’ve forgotten was that ghastly Invasion of the Body Snatchers remake).

The film will focus on Diana’s attempts to balance her personal life and humanitarian work, and will pay particular attention to her affair with heart surgeon Hasnat Khan, the man many said was the love of her life. Although they knew bugger all about it, obviously.

Jessica Chastain was apparently attached to the project last year, although she pulled out because she’s not an idiot. Let’s look forward to finding out just how much of an idiot Naomi Watts is! Based on You Will Meet A Tall Dark Stranger, we’re saying: quite an idiot.

Christopher Lee totally has to play Philip, doesn’t he? In his Star Wars robes. With a lightsaber. Would you watch Caught in Flight then? Us neither, tbh.

Previous: Young Adult
Next: Man on a Ledge