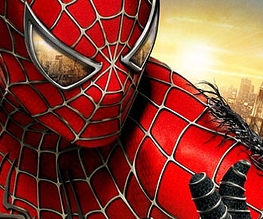 It’s not good news for fans of the webhead. After rumblings around the net seemed to suggest that trouble was brewing for the fourth instalment of the ever-popular Spider-Man franchise, it’s now been revealed that the whole project is in danger of collapsing totally and – perhaps – irrevocably.

The beef appears to be mainly between auteur director Sam Raimi and – guess who? Yup, meddling studio execs. As well as some questioning of the quality of the script, Spider-Man 4‘s villain seems to be the main bone of contention. As we reported a while back, John Malkovich has been lined up to play The Vulture (he’s even had a costume fitting), but execs seem to think this isn’t the best way forward. Who they want in his stead is anyone’s guess, though consider the fact that Raimi wasn’t keen on Venom, whose shoehorning into Spidey 3 was one of the main reasons it turned out to be such a mess.

It looks like things are at a loggerhead. Thor has been slated to replace Spidey’s Summer 2011 release date, but Sony need to be quick. After Disney took over Marvel, they’ll only retain the rights as long as they can churn out the films. All in all, a sorry situation, especially when you consider Raimi could easily make a corker of a Spidey films if left to his own creative devices.

What do you reckon? Would The Vulture have been a classic, or do the execs have something? Tell us below