James Franco up for lead in Danny Boyle’s 127 Hours 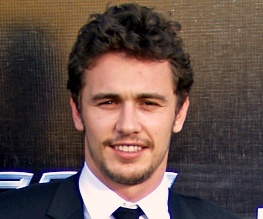 127 Hours is Danny “Slumdog Millionaire” Boyle’s new film, based on the inspirational true story of Aaron Ralston – a mountaineer who lost his arm in an accident whilst climbing in a canyon in Utah in 2003. After a loose boulder fell and trapped his arm against a rock wall, he was stuck there for, well… 127 hours. Finally taking matters into his own hands, he decided the only way he’d get out alive would be by – brace yourselves – hacking off his own arm with a blunt knife before making his way down the 65 foot wall and hiking his way to safety, minus a limb. Nowadays, Ralston lives with a prosthetic arm and a hell of a story to tell the grand-kids.

Production Weekly have reported that James Franco (Spider-Man 2, Pineapple Express), a regular on US soap opera General Hospital, has been cast as Ralston. This should be a challenging but fruitful role for Franco, who’s better known for his comedy stylings – he was chuffin’ hilarious as the Green Goblin.  With no news yet as to whether it’ll be a one-man show, everyone is anticipating big things from the film. Boyle and his Slumdog Millionaire co-writer Simon Beaufoy are currently writing the script and filming is set to begin this March.

Could lightning strike twice for Danny Boyle and the Oscars with 127 Hours? Tell us below!

Previous: Spider-Man 4 Swings into Development Hell
Next: The Hurt Locker