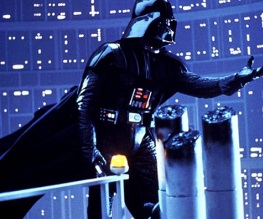 Oh hello, George Lucas. What’s that? You’re not content with ruining our lives with the new Star Wars Trilogy and want to completely and idiotically destroy the ICONIC originals? Why must you fight me every step of the way? I spent the entirety of last Friday trying to defend you, but, sadly, it turns out that you are simply a creature of pure evil and must be destroyed.

LucasFilm has confirmed some very controversial changes in its upcoming 9-disc Blu-ray release of Star Wars: The Complete Saga with 40 hours of extras. And his fans are calling for a worldwide boycott, most likely led by John Underwood (oh John, I should never have doubted you). The idea of changes to such cinema gold is something Star Wars fans can’t quite fathom. Possibly, had they been necessary, we might have accepted them. But they just aren’t.

First up, we have the Ewoks. Remember them; the nice little puppets who help to save the Rebels on the moon of Endor? Yup. LucasFilm remembers them and have smote them with dark Sith Lord powers; their eyes have been adapted with CGI and now blink. BLINK!

Yoda has been completely transformed, the battle scenes are too souped up for the human eye to handle and, according to TheSuperficial.com, “Obi-Wan Kenobi’s Krayt Dragon yell now sounds like a pedophile getting his dick caught in a screen door”. Ouch.

The worst thing of all? Check out the scene below…

WHY LUCAS, FOR THE LOVE OF GOD WHY?! The worst thing about the entire seven hours of the new trilogy was the fact that Anakin screamed ‘Noooo!’ like a complete arsewipe when he found out Padme was dead. And now you’ve inflicted it on old school Vader too? Shame on you. Shame on all of the folks at LucasFilm. Boycott the Blu Ray, people. Viva la revolution!