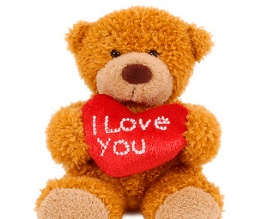 Nothing says “ha, you’re alone and I’m not” like the plastic joys of Valentine’s Day. Shops have suddenly been innundated with bears holding bows and arrows (in a non-terrifying way, apparently), DVDs starring Hugh Grant are half-price and if the chocolate you’re eating isn’t red and shaped like one of your organs, you probably don’t deserve to live.

The only upside to this pink and shiny madness is that if you’re not coupled up on Valentine’s day, it’s unlikely that you’ll be dragged to see new flick, thoughtfully entitled Valentine’s Day on Sunday. What is it about? It’s a violent war epic starring Al Pacino as a ball-busting commander who shoots first and sticks his finger in your eye later. We’d give everything we owned to make that true.

In actual fact, it’s the film Love Actually with an American accent. The premise of the story is that we follow ‘a day in lives’ of a star-studded cast as they take us through their Valentine’s Days. Lives become entangled, there’s a funny bit with a dog, Julia Roberts is back and generally it all looks very sweet and happy. It’s being directed by Garry Marshall who brought us Pretty Woman, so it is at least likely to be a decent calibre of rom-fest.

If you’re struggling for what to do with you’re loved one this Sunday, it looks like a winner. And frankly, if you’re struggling that much, you’ve both probably got deeper problems than what to see at the cinema this week. Don’t worry, just buy a be-weaponed bear. That usually seemes to do it. Valentine’s Day is out this Sunday, and if you’re feeling film-frisky about it, give the trailer below a wee gander, courtesy of Youtube.