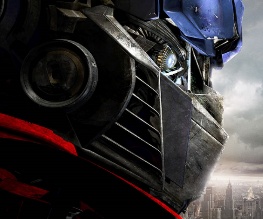 Oh dear. Another franchise bows its head in grudging respect to the new world run by James Cameron and his voodoo. After being adamant last year that the third Transformers films wouldn’t go 3D, director Michael Bay has been under major pressure from Universal to change his mind following the never-ending success of Avatar. Another one bites the beautifully pixilated dust.

“The way I shoot is too aggressive for 3D cameras. It’s a time consuming thing. Who knows… It might be a fad. I’m kinda old school. I’m old school because I like to shoot on film. I like anamorphic lenses, and that is old school.”

But that was before the age of Cameron. And now this world has no room for the old, Michael. Also, we think you should probably make Bumblebee blue. Just an idea.

To be honest, we’re not really that bothered about whether Mikey goes in for this 3D palavar or not. Let’s just concentrate on making the plot make sense this time, how about that? Not that we didn’t enjoy Transformers 2, because we did. There was lots of blowing up and explosions and awesome stuff like that. We just didn’t have any idea what was going on, which to some overly-picky folk may be considered a disadvantage.

What do you reckon? Will Transformers 3D all-in-your-face help the franchise, or should Bay stick to what he knows?