Venice opens with première of Clooney’s Ides of March 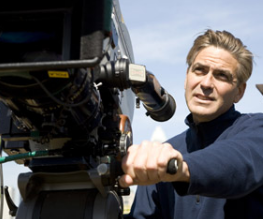 George Clooney’s first attempt at film-making, The Ides of March, both directed by and starring George Clooney, and also featuring Ryan Gosling and Philip Seymour Hoffman, is up against 21 other films for awards at the ten day long festival.

Clooney’s sexy political thriller, although receiving an exulting four-star review from the Daily Telegraph, provoked a tepid reaction from critics in Venice.

The jury is chaired by Black Swan director Darren Aronofsky, and now that Madonna’s W.E. has been completely slated, competition stiffens between the festival’s real directors.

Previous: Don’t Be Afraid of the Dark
Next: Bodyguard