Will Russell Crowe join the cast of Les Mis? 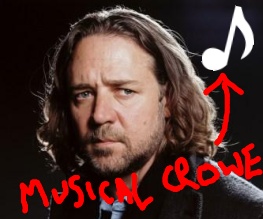 In the latest mad bit of Les Misérables casting news, we’ve just heard that Russell Crowe is likely to be cast as Javert in Tom Hooper’s forthcoming adaptation. Russell Crowe? Staid, boring, can’t-really-act Russell Crowe, father to a murdered wife or whatever, growling his way through the role of the distinctly operatic inspector who stands around in a top hat being disapproving of Hugh Jackman?

That could work, actually – If there’s one thing Russell can do, it’s play grumpy fellows, and Javert is miserable as they come. But is his voice up to scratch? Javert needs quite a pair of pipes:

Having said that, Russell does do a nice line in throaty mumbling with his band The Ordinary Fear of God:

The jury’s out on this one. What do you think?