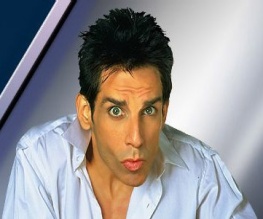 Viacom, owner of Nickelodeon and Paramount, has proudly confirmed that will it be producing the sequel to 2001’s “sort of hit comedy but extremely painful” Zoolander. This comes after announcing several other works in the pipeline, including Star Trek 2 and a further G.I. Joe, but those will probably have their hands full balancing out the monumental cringe-fest that will almost certainly be Zoolander 2.

It is still unclear at this point whether Ben Stiller will reprise his role as the clueless male model but it would be a shame not to have him on board. As much as the first film contained enough idiocy to kill even the most hardened of brain cells – there were some genuinely funny moments, most of them courtesy of the blatantly stupid characters of Stiller (Zoolander) and Owen Wilson (Hansel). One can only hope the phrases “The files are in the computer” and “Daiye Spa” return along with the two actors.

Previous: A-list girls fight it out for Batman 3
Next: The Dinner Party