January 27 2015 marked 70 years since the liberation of Auschwitz. Since the end of WWII, Cinema’s capacity to comprehend the industrial-scale murder of the European Jews has been tested in films by turns mawkish and monolithic. The Holocaust has been filmed in manifold different ways and its representation invites all kinds of questions, not least what is appropriate when dealing with something so unprecedented in history, our civilisation’s black mark and a seemingly anomalous moment of unreality existing outside what we thought ourselves capable of.

The presence of the Holocaust in Louis Malle’s Au revoir les enfants is felt mainly through its absence, or rather, its shadow. Indeed, the war is something altogether distant, abstracted inside the freezing confines of the school setting. Resistance, collaborators, Jews. Words that pass in and out of classroom conversation, their significance unknown and secondary to boyhood preoccupations kept as normal as possible amid air raid sirens and Gestapo inspections. Malle’s vision of the war is subtly backgrounded, hovering and malignant until it gradually steps inside the school as a dark and irreversible awakening. It is one of the great films about World War II in part because of the conspicuous absence of so many familiar signifiers, dimmed and trivialized over the years. Its suffering is silent, dormant, as yet unrealized. But it waits in the wings, ready to assert itself with suffocating inevitability over protective school walls and forever into the lives of the children within.

The walls are those of a Roman-Catholic boarding school in provincial France, shelter not just for the sons of wealthy Parisians but Jews alike, including new boy Jean (Raphaël Fejtö). A similar intelligence and pre-teen solipsism encourage a friendship with popular Julien (Gaspard Manesse), both more interested in the escapism of Dumas and Conan Doyle than the playground scrapes of their classmates. As the frostbitten winter progresses, Malle underlines the tragic differences of their shared situation. Julien’s sensitivity and confidence come naturally, while Jean must hide his under a layer of experience and the constant fear of detection. Scenes detailing their love of books, music and a wonderful school-screening of Chaplin’s The Immigrant are undercut by the unspoken knowledge that Julien and Jean are not the same, Malle regularly threading a grey irony through the course of the school term. Lost in the woods after a Treasure Hunt, the boys are saved from the enclosing night by a Nazi patrol, wrapped up warm and escorted back to the school. Later, after a browbeating sermon on the paramount importance of Catholic charity, a kneeling Jean is denied communion by the school’s priests. As a Jewish patron at a local restaurant is harangued by the French Militia, it is a nearby table of Nazi officers who quell the situation amongst much white noise from fellow diners. Malle is never guilty of mocking or demonizing, but it all serves to highlight the desperate futility of Jean’s position, and that of so many persecuted others extended every verbal compassion by those who would do everything to help out, short of standing up and being counted.

As the two boys, Manesse and Fejtö are astonishing, conveying all the enthusiasm and peculiar melancholy that pass second by second across the faces of adolescent youth. Malle’s school is a naturalistic domain of teasing, fighting and pack mentality, the students Vigo-moulded anarchists stripped of any dreamlike fantasy, pillow-fights traded for push-ups in the cold. Au revoir les enfants benefits enormously from the realism of its setting and the palpably Dickensian temperature permeating all corners of the frame. Julien and Jean are not wide-eyed beacons of innocence, and their friendship is not an idyll-set romance cruelly punctured by some silly conflict waged by adults. An unsentimental account of the casualties of war is given by Malle, as the gradual erosion of childhood sensibilities and an impending sense of loss grow unbearably as Julien probes further into discovering Jean’s true identity, and why it matters. Grim Nazi rhetoric flares up among students, and everyday courage and cowardice are newly weighted with far-reaching consequences. By placing the war at the edges of the frame as something insidious, toxic and largely unexperienced by the schoolchildren, Malle is able to illustrate with greater scope, clarity and complexity its effects away from the immediate horror of camps, ghettos and trenches.

Au revoir les enfants views the Holocaust through the prism of a childhood violently extinguished, muted and corrupted, and its final moments remain unforgettable. 70 years on from the liberation of Auschwitz and some 28 since the film’s release, watching Malle’s humane and powerful story is a reminder that the Holocaust didn’t just destroy part of a people, it destroyed a part of us all. 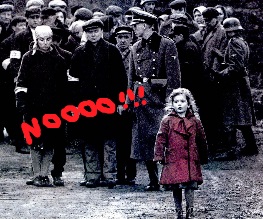 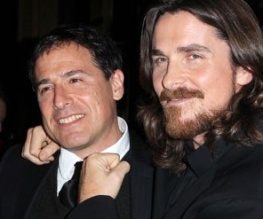