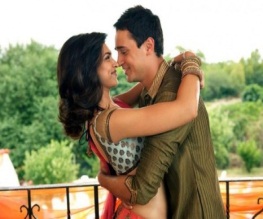 Ignorant enough to count Slumdog Millionaire and My Name is Khan among the greatest Bollywood movies I have ever seen, it would be fraudulent of me to review this with relation to its peers. All I can do is review Break Ke Baad as a movie, and as a movie is heavily flawed.

Starring Imran Khan and Deepika Padukone as squabbling childhood sweethearts Abhay Gulati and Aaliya Khan, Danish Aslam’s directorial début promises a quirky romantic comedy that takes tried and tested tropes and spins them on their head. Failing spectacularly, Break Ke Baad instead serves up a conventional love story but without the charm and sincerity that the genre needs to affect in any meaningful way.

When Aaliya Khan realises that there is more to life than love, accepting a scholarship to an Australian acting university without telling those closest to her, she hurts her devoted boyfriend of ten years by leaving India without him. Unable to accept the inevitable, Abhay Gulati chases her to Australia to prove his love and win her back once and for all.

For a romantic comedy to work the audience must care about the relationship at stake. Even when one of the parties must learn some lesson or drop some irritating characteristic, if you have invested in their relationship you will forgive whatever character flaw they must work to overcome. Describing their trial separation as a break – and refuting the meaning of the term – draws unflattering comparisons to the characters of Ross and Rachel on the television programme Friends. However, while the producers of that show took advantage of the audience’s collective investment by drawing the character’s final consummation out over entire seasons of TV, Aslam’s characters are just not relatable enough to provoke such involvement. Before they have even broken up it is clear that these two individuals do not belong together, making it impossible to relate to Gulati’s ongoing attempts to win his ex-girlfriend back. More damaging is the misguided characterisation of Aaliya Khan. So self-centred is her character, that focusing the film on her efforts to thwart the advancements of her ex all but destroys the movie. Impulsive, independent and self-aware, the character is a clear attempt at inverting the maudlin sensibilities of the genre. However, whereas quirky 500 Days of Summer‘s Summer refused to commit to Tom for a number of organic and believable reasons, Khan’s reasoning appears petulant at best. Invoking unwanted flashbacks to Carrie Bradshaw’s aversion to having a television in the bedroom “just because”, you will spend the entire movie waiting for her to have some epiphany regarding her insufferable ways and learn to appreciate those that, against all odds, love her for who she is. Instead, if there is a lesson to be learnt in Break Ke Baad, it is taught to the wrong person.

Vapid, misconceived and thoroughly uninvolving, Break Ke Baad has less emotional resonance than an episode of Prescription: Passion or any other show-within-a-show. Too self-aware to be poignant, the film bombards its audience with more character quirks than actual characters, leaving only Gulati to make an impression as the dutiful boyfriend who, prior to the unnecessary interval at least, has a shot of surviving this rawkus with some dignity intact.

Previous: Machete
Next: Top 30 Films of the Decade