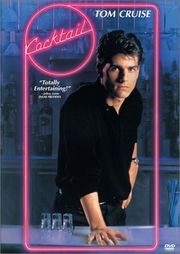 If we tried to tell you everything that actually happened in Cocktail, we would have to take the length of the original draft of Tolstoy’s War and Peace and double it; and that would just be the pre-intermission half. And believe us when we tell you, that is exactly how Bollywood like it – fifteen Hinglish™ words are used where five Hindi ones would do, and the montages are so long that there’s time for two entirely different songs – which both somehow manage to be about getting high. Brevity and skilled pacing are clearly no concern of director Homi Adajania, but oddly enough, you don’t mind particularly when the characters are this engaging. Click for the 4-whole-minute long trailer.

The story starts with good Indian girl Meera (Diana Penty), whose luggage consists of nothing more than homemade pastries and her flashing I’M A VIRGIN sign, unknowingly on the same plane from Delhi to London as Gautam (Saif Ali Khan), who is busy inserting himself into the nearest air stewardess’ entrance while she’s trying to show him the exits. It’s not long before Gautam lays eyes on the painfully beautiful Meera, and launches into a semi-funny seduction routine which falls flat when Meera a) clutches herself like she’s checking the key to her chastity belt is still up her sleeve and b) mentions her husband. Husband, you ask? Turns out, he’s a seedy used car salesman who has helpfully relieved her of her life-savings and never wants to see her again. Victim of a hoax marriage, Meera strolls around crying and runs into sweethearted wild-child Veronica (Deepika Padukone). She takes Meera in, and when Veronica eventually corrupts Meera enough to get her into a top with straps, they go out and run straight into Gautam. Veronica and Gautum immediately get cracking with the banging, they all become this awkward semi-platonic threesome which eventually gets pissed on when Gautum’s utterly brilliant mother Kavita (Dimple Kapadia) comes to check her son’s not planning to marry a louche floozy-woman. Faced with the ire of an Indian mother who “crossed 14 countries and 7 oceans for you”, he pretends that he’s actually seeing Meera. THEN HE FALLS IN LOVE WITH HER FOR REAL.

Where were we? Oh yes, so, SHIT GETS REAL, and with a couple of hilarious asides from Uncle Randy (Boman Irani) who spends half the film being called Tinku, for whatever reason, and his mother laying down some serious Parenting with a capital P (there’s bodily tossing aside involved), Gautam’s guilt forces him to confess who he’s really got feelings for. Awkward, cos Veronica JUST decided she was in love with him. Blah blah, CPR, blah dance routine on the beach, blah blah yachts and lamb biryani blah blah jungle pissing, blah blah CAR ACCIDENT blah recuperation blah making big-needy-eyeballs at each other blah blah songs blah JUGNI JUGNI some number of blahs later until the blessed end finally comes, like an big glittery soundtracked orgasm that was so long in coming it’s barely even worth it.

Just when you’re ready to admit defeat under the onslaught of Cocktail’s terrible jokes – 60% of them are like watching your dad speak at a wedding – the utterly glorious soundtrack kicks in and makes everything better, like an aural shot of tequila. Highlights include Jugni (no idea who this fellow is, but I do know that he has beats), Daaru Desi feels like Bollywood Boyz II Men and Tera Naam fell straight out of the most Eastern European zombiefest of Eurovision entries. Even if you hate the film, and you might do, get the soundtrack – not that most of you will understand a word, but the words “sexy”, “high” and “country liquor” get bandied around a lot, so there’s a genuine limit to how bad the songs could even be. 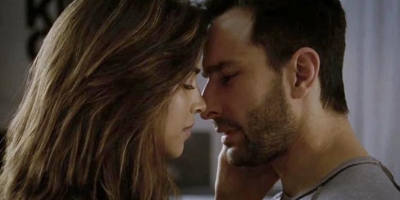 However, there is a massive hitch. If only one thing is going to work in a film about love, it needs to be chemistry. You could put on a improvised production on to your mum’s Ann Summers party in her garden shed as long as the audience believe that your two leads would lay down their lives for each other. Whether it’s between the couple who end up together or the couple who don’t is often the difference between a good love story and a great one, and unfortunately, Cocktail picks the wrong one. Veronica and Gautam actually get quite filthy, and all the more authentic for it, for a family Bollywood film; Gautam and Meera do a lot of gazing into one another’s eyes and frowning. Bollywood veteran Khan is at his most engaging, his brightest and best, with Padukone in-frame with him. Objectively, him and Penty work as well as any run-of-the-mill onscreen pairing – that je ne sais quoi, however, is all Padukone’s.

Lovely though newcomer Diana Penty is, Meera’s character feels like a caricature of herself, and that’s a shame when she plays opposite Padukone’s beautifully unhinged Veronica. That girl sells it to the hilt in every scene she’s in, even as her character’s believability goes to shit in the last half hour of the film. Every single one of us and our mothers would tap that into next week even if we were blind – that’s despite Veronica’s obvious narcissistic personality disorder. 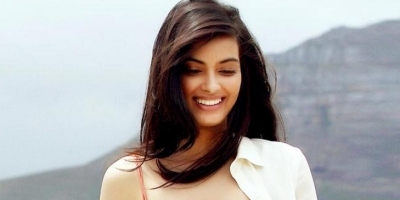 Cocktail depicts a tale older than the hills; as such, it resonates with a near-inevitable relatability that gets you no matter how hard you wish it didn’t. Don’t get us wrong; it’s crackers. There’s no way the situation could have gone like it did, and things still end up like they did. That said, if they hadn’t, the wedding wouldn’t have happened and we would have been displeased; BFF don’t show up to these things for nothing. No Indian wedding, no review.

It’s a good one though, rest assured.