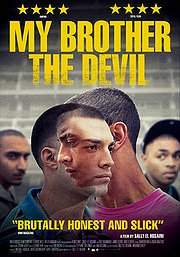 My Brother The Devil is, perhaps, a film, like no other. It certainly won’t appear that way to those who have been exposed to the marketing. The trailer, for instance, suggests that the film is one of the many estate-based films set in East London that attempts to show the cruel reality of the life of a drug dealer whilst accidentally glorifying it. If this is a prejudice you are bringing into the film, prepare to be pleasantly surprised.

The story focuses on a pair of young Arab brothers still living with their parents. The elder, Rashid (James Floyd), works in a local gang, selling drugs and moving stolen goods to support his family. Rashid attempts to keep his younger brother Mo (Fady Elasyed) away from this life, believing that the 16 year old is intelligent enough to go to college and university. After Rashid’s best friend is stabbed to death in a gang war, the older brother becomes disenchanted with the life and tries to pull away, whilst the younger becomes beguiled by the gang. The brothers’ begin to pull away from one another as they undergo radical personal development over a short, and traumatic, period. 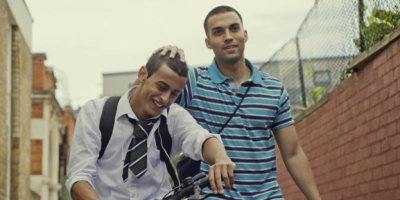 A clever facet of My Brother The Devil is the ambiguity of its title. At the beginning of the film it seems obvious that Rashid is the devilish one. He leads a thuggish and a dangerous life with some rather horrible individuals. Although he loves his younger brother Mo, Rashid’s stumbling attempts to keep him away from the local gang only serve to humiliate his younger brother. Mo is provided all the motivation he needs to follow the brother he idolises into a world of crime. Mo is an utterly pathetic character, a squirming youth in a constant struggle to appear macho, and Fady Elasyed does an amazing job in the role. Every look of longing, or abashment, or grinning brown-nosery plays off beautifully. We completely understand Mo’s psychology. He changes drastically as the film progresses, and the Mo near the end of the film is barely recognisable, but we are shown every step of this transformation. The most wonderful moment comes when you start to question which brother is really the titular devil.

James Floyd also does a remarkable job with Rashid. The character undergoes, if possible, an even larger transformation than Mo, and yet again it is entirely believable. Likable but tortured, he becomes the character with which the viewer identifies with. It is unfortunate that Rashid’s character loses complexity in the last quarter of the film, which is a real shame, since it is his storyline that is far more interesting out of the two brothers. 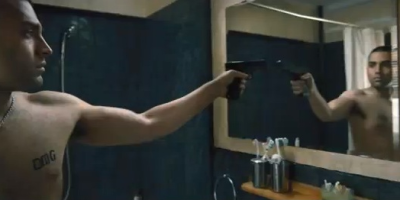 The film was written and directed by Sally El Hosaini, and it’s surprising that this is her first feature film. She uses some superb environmental cues to give some non-verbal depth to the characters. Mo, for instance, spends a large amount of time early on surrounded by typically childish things. He loiters in playgrounds and up trees, rides a bike and wears t-shirts slightly too big for him. As he attempts to break free from his childhood, the sets around him mirror this change. It really is rather effective. The cinematography is decent too; there are a couple of inconsequential scenes that create a distinct atmosphere simply by how the camera is used.

For all that impresses about My Brother The Devil, there are a number of flaws. Rashid’s development is enormously fascinating, but somewhat dissipates near the end of film. It would have been fascinating to follow Rashid’s burgeoning romance, but once it is established we never really return to it. We are therefore left following a rather stupid and angst-filled Mo as he begins to crack. Although he falls into an internal conflict of both loving and despising his older brother, Mo remains utterly unlikable. Almost everyone else in the film is equally unappealing. The supporting actors are, for the most part, competent, but the constant slurring of ‘cous’, ‘innit’ and ‘fucking bate, mon’ begin to grate rather quickly. 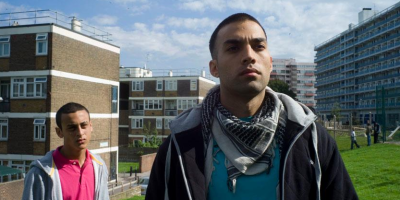 My Brother The Devil may have trouble finding an audience. It has been marketed as a violent gang film, comparable to Kidulthood or Sket, but for those visiting the cinema expecting to see such a film, they will be taken aback. If anything, My Brother The Devil is more of a coming-of-age film. It deals with that youthful sense of feeling out of place in the world, with wanting to change the world but being powerless to do so, with rejection and a wish for recognition and with a search for sexual identity. The story can be a little plodding in places, and a couple of the scenes are downright boring, but for those who are patient enough to put up with the silly accents and ridiculous vernacular, you will be rewarded by a solid and unique film experience. 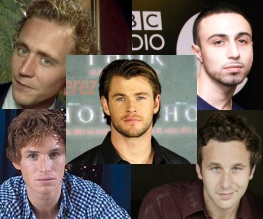