The Thorn In The Heart 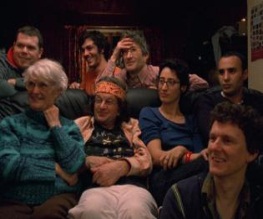 Having marvelled at The Science of Sleep, respected Eternal Sunshine of the Spotless Mind and tentatively avoided Be Kind Rewind, I approached Michel Gondry’s The Thorn In The Heart with an open mind and somewhat neutralised expectations.

A feature documentary rather than another feature film, The Thorn In The Heart is a personal insight into the remarkable life of Gondry’s aunt Suzette, bridging the gap between the director’s last feature and next year’s The Green Hornet. We are guided by a model train through the family matriarch’s quasi-nomadic life as she travels from one teaching job to another. Beginning with a well received anecdote about an incident involving sauerkraut and her late husband, and ending with the family’s reactions to Gondry’s finished film, the documentary takes an uninhibited look at Suzette and her relationships with her husband, her pupils and her troubled son, Jean-Yves.

While a scattering of scenes might appeal to general audiences or Gondry’s own fan base, The Thorn In The Heart basks in a jarringly voyeuristic glow. With the transitional model railway, a few imaginative flourishes and a scene showing school children let loose with green screen harking back to Gondry’s trademark style, the remainder of the film has a decidedly stark tone. Although the marriage of archive Super-8 footage, Gondry’s own interviews and a soundtrack that makes use of the filmmaker’s history as a music video director conspires to create an immersive experience, neither Suzette or her son Jean-Yves come across as particularly sympathetic. Their troubled relationship, worsened by a controversy surrounding the death of their husband and father respectively, is not as involving as Gondry seems to presume. While Suzette proves captivating to watch, even she cannot sustain interest over the full running time.

Edited into a streamlined, coherent and largely chronological narrative, The Thorn In The Heart makes a bid to justify its theatrical release in a number of ways. Not only does Gondry create a dramatic leitmotif out of deceptively simple song choices, but he manages to book end the movie with with two mildly fulfilling scenes, providing some closure to what might have otherwise been a self-indulgent stream of memories. While The Thorn In The Heart is competently executed, sporadically affective and lovingly made, it fails to generalise to international audiences, even those familiar with Gondry’s previous works.

While Gondry might be able to tie human truths into his numerous fictional works, albeit with varied success, The Thorn In The Heart gets lost in its admiration of one man’s role model, leaving any intended meaning or raison d’etre lost among the anecdotes.

Previous: The Zombies Who Stole Christmas (And Ate Its Brains)
Next: When Santa Attacks! 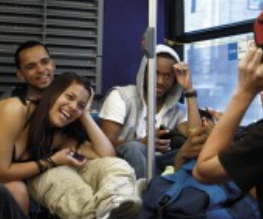 First trailer for Michel Gondry’s The We And The I