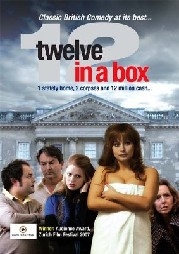 The writers of 12 In A Box, presumably, were inspired by the likes of Clue, Death At A Funeral and the vast body of Agatha Christie’s work. Unfortunately, however, they lacked the abiltiy, conviction and general wit to make this movie anything more than an absolute bore.

The story follows the (visibly forced) zaniness of twelve extremely unlikeable individuals, who meet at a remote country estate for a school reunion. A school reunion, I hasten to add, which isn’t for one particular year group or class; it’s literally an ENTIRE school reunion – cue the doddery elderly couple, the young sexy (for want of a better word) tart, the deeply unhappy middle-aged married couple and plenty more stereotypes beside.

The reunion comes to a premature close when the eccentric host appears via videotape and offers each of his guests one million pounds – but only if they can coexist on the grounds for 96 hours without anyone leaving. It sounds like an episode of Big Brother, doesn’t it? But it’s actually worse than Big Brother, if that’s possible, because we, the audience, don’t have any control over the housemates. We can’t evict them. We can’t stand outsdie the grounds booing and waving death threats. All we can do is watch, mindlessly, as one of our dozen drops down dead. And then things get out of control, big time. 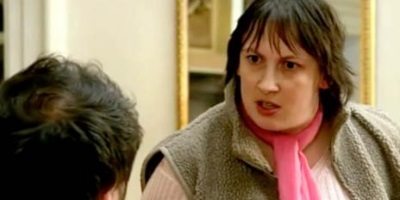 Miranda Hart arrives at the property, two would-be burglars attempt to ransack the place, a few characters irrelevently reveal their “shocking” sexual preferences, there’s a nasty (but not entirely unexpected) accident with a staircase, the breakdown of a marriage, plenty of jokes about Christianity and a bumblinb policeman or two. Oh sure, it’s a mere 96 minutes. But, as each of the 96 minutes slowly drags their wounded carcass across the screen, the insufferable plot of this film will quickly begin to feel more like a hellish eternity.

So what’s wrong with it?

Short answer; everything. Long answer; let’s start with the character development, shall we? Or, more accurately, the complete and utter lack of it. Everyone is two dimensional, everyone is contemptible, everyone deserves the worst kind of torturous punishment the gods of pain have available in their arsenal of misery. And, because the audience is left feeling absolutely NOTHING for these awful, awful people, we really don’t care if they get their bloody one million pounds. Which, in turn, means we really don’t care about watching this film all the way through either. 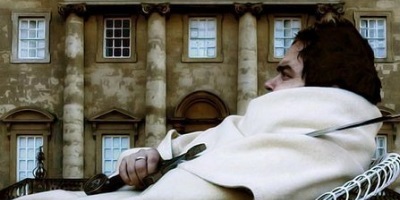 Secondly, the film is deeply and unbelievably unfunny. The “banter” lacks any wit whatsoever, the slapstick humour isn’t slapsticky enough to cut the mustard and the majority of the jokes made are deeply offensive (but only if you’re married, single, homosexual, bisexual, straight, female, male, attractive, ugly, skinny or, of course, have a speech impediment). Everyone reacts to everything in an entirelyunbelievable manner and even the death sequences, which one assumes are meant to be farcical, come across as bland and uninteresting. Falling down the stairs is hardly exciting, is it? And neither is a heart attack. Watch Clue if you want some excellent and hilarious death sequences, you absolute cretins.

Third and foremostly, the plot is magnaminously dull. Tedium kicks in from around the moment the first person drops down dead and, when you get to the “big climax”, you’re too busy propping your eyelids open with matchsticks to really take it all in. The conclusion is obvious, the sexual dalliances are completely predictable and the end result is grating, start to finish. Even Miranda Hart fans (I’m sure there must be a few of you out there?) will be disappointed, because the comedian appears on screen for mere moments, before being bundled up and locked into a bedroom, never to be seen again.

In short, this is the sort of paint-by-numbers comedy that anybody with a shred of intelligence or imagination will be able to second-guess the entire way through. Don’t put yourselves through it – it’s just not worth the polycarbon and plastic your DVD has been crafted from. 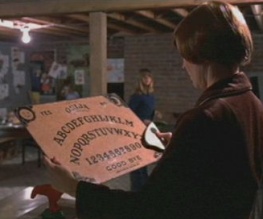