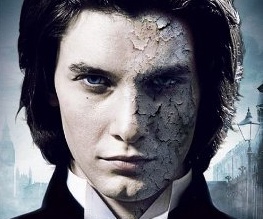 Oliver Parker’s adaptation of the classic Oscar Wilde novel has everything you’d want from a gothic bodice ripper; sex, gore, and darkly chiseled cheekbones. However, amongst all the Burton-esque moody shots of Victorian England, the biting essence of Wilde’s classic story gets slightly lost.

Born to be Wilde

Basil Hallward (played by Ben Chapin) is a talented artist living in London in the 1800s. After years of artistic frustration, he has finally found inspiration, a muse that enables him to create the beautiful works of art he always knew he was capable of. The miracle in question? A young man by the name of Dorian Grey (Ben Barnes), a boy whose beauty and youthful exuberance knows no bounds. Inspired by the boy’s innocence and perfect physique, Basil cannot help but show Dorian and the his portrait off to his old friend, a jaded, quick witted bachelor named Henry Wotton (Colin Firth). Henry’s wit, intelligence and sarcastic take on life mesmerizes the young boy, and when Henry tells him that youth is the only thing in life worth having, Dorian vows to sell his soul to the devil in order to stay as he is.

Now horribly aware of his own mortality, Dorian becomes jealous of his portrait, and decides it must stay in his possession, away from any eyes that can ever compare the two of them. But as Dorian descends into a world of pride, selfishness and indulgence he notices that the stains of his sins fall upon his portrait, not himself. Could it be that he has achieved his wish?

This film does ‘moody and Victorian’ very well, the scenes are beautifully shot, and it does feel as though we too are hypnotised by the blessed life of sexual excess that Dorian sinks into. It’s all a bit ‘Sweeney Todd’, but we’ll let them off. The only problem is – and it could be said of the novel too – that the character of Henry Wotton is far more interesting than that of Dorian Grey. Whenever he is on screen, we can’t help be a lot more interested in the brilliant Wilde-ian one liners that are inevitably on the way than in Dorian himself. It doesn’t help that Firth acts Barnes off the screen, and though Grey is no easy role for a young lad, we can’t help but feel that Barnes is rather swallowed by the part. All in all, this is an enjoyable romp around the dark streets of ol’ London town, but doesn’t quite have the substance to make you care about the fate of the young and doomed immortal.