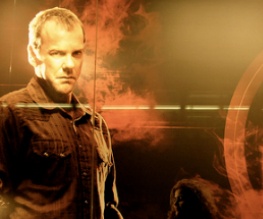 When you look at the production of the seventh series of the indomitable 24 it’s a wonder we ever got one at all. Initially nobbled by the 2007 writer’s strike, the production hit numerous difficulties including a massive re-write of the last few episodes (and the less said about the so-so placeholder 24: Redemption the better). Show-runner Howard Gordon refreshingly held his hands up and admitted that Season 6 was below par, and promised all us Bauerheads there will be changes in Season 7 that would ensure a return to form.

Well, changes there were – CTU has gone for a Burton and Jack (perhaps unsurprisingly) is hauled over the coals for his ethically-dubious behaviour. In typical 24 style it’s roughly 3.6 milliseconds before Jack’s seconded to the FBI to thwart another terrorist threat, this time in the form of a nifty new bioweapon. Swanky.

24 is almost defined by its legendary swerving in quality, with Season 6 providing the nadir of what has otherwise been a mostly enjoyable show. It’s refreshing to see that the added time provided by the writer’s strike has given the showrunners additional time to make sure the mistakes of last season aren’t repeated. While Season 7 doesn’t quite hit the dizzy highs of Seasons 1 or 5, it’s still good solid thriller action with everyone’s favourite Indestructible Man. There’s all the twists, turns and mildly-implausible plot developments you’d expect, all at the series’ trademark breakneck pace. It’s well worth a look, invigorating what could have otherwise been the final nail in the coffin of an otherwise enjoyable franchise.

Deleted Scenes
Commentaries
Behind the scenes and production footage
Four featurettes, including one specially created for UK release

Previous: A Christmas Carol
Next: Twilight 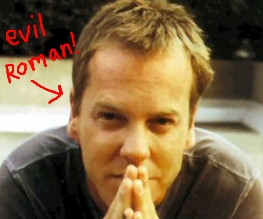