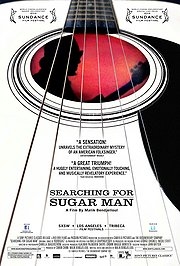 Nothing quite beats the feeling of discovering new music. It’s hard now, in the digital age. The immediacy of hearing something has been replaced with hearing about something. Discoveries need to be sought out. And if you look hard enough, odds are that you’ll find whatever it is you’re seeking. The element of surprise is a rare thing these days, and it’s partly to do with the lack of anonymity. Sure, there are thousands of Youtube accounts and Soundcloud pages that could be described as anonymous, but they’re not invisible. Music doesn’t just vanish. But that’s seemingly what happened after the commercial failure of singer-guitarist Rodriguez’s two albums, released at the start of the 1970s. Withdrawing from the industry, rumours swirled around the mysterious man behind shades who became a minor superstar without even knowing, his music becoming a kind of buried treasure for those lulcky enough to discover it. Two dedicated South African fans took it upon themselves to find out what happened to Rodriguez, and Searching For Sugar Man documents the uplifting story of their quest to unearth a lost great of pop music.

With a voice somewhere between Bob Dylan and James Taylor, Rodriguez wasn’t a singer without roots or influences, but he remained firmly on the outside of any popular movements. Recording only two albums, Cold Fact and Coming From Reality, Rodriguez’s place in history was only assured when his music found a huge following abroad, notably in South Africa. At the height of Apartheid, the sun-bleached protest of tracks like The Establishment Blues and Crucify Your Mind struck a chord with many liberal-minded whites, including Johannesburg jeweller Steve Segerman. His enthusiasm for Rodriguez’s music only grew in tandem with the increaing mystery of the man himself. He eventually openly asked when writing the liner notes for a Rodriguez reissue in the 1990s if there were any musicologists who had an idea of what had oddly become of the iconic soundtracker of anti-apartheid South Africa. With a fellow investigator, the two began to debunk popular myths about Rodriguez’s supposed suicide (stage immolation or a single bullet depending on who they asked), and it led them to some surprising discoveries.

Searching For Sugar Man is the product of a few minds, including John Battsek and Simon Chinn, who produced this year’s The Imposter. The slick stylisation and narrative trickery employed in the aid of delivering The Imposter as a thriller above anything else is evident in Searching For Sugar Man, Bendjelloul happy to prop up the myth of Rodriguez before maximising its eventual reveals and surprises, of which there are a few. Fusing animation, stock footage and some colourful interviews with Detroit locals where Rodriguez supposedly drifted, Searching For Sugar Man paints a portrait of an artist whose self-imposed exile and commercial obscurity were direct contributors to the prophet-like awe that inscribes much of the film’s enthusiasm. 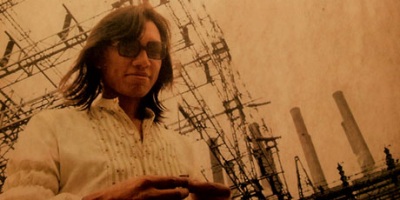 It does pose a few questions. If he had attained even moderate success, could director Malik Bendjelloul crown Rodriguez so easily as the best thing that never happened? Judging from the Rodriguez-dominated soundtrack, his music is certainly contemporaneous with easy-going strum-happy bands like America or artists like Nick Drake or James Taylor. Without the South African context, Rodriguez might still be lost among dusty record shops. This is where the film works best, ‘following the money’ as Segerman traces Rodriguez to Detroit through clues in the lyrics printed inside the cover of Cold Fact. Sometimes the hyperbole concerning Rodriguez’s assuredly modest character and ambitions grates a little, a slight whiff of the obscure = good muso equation coming through. But Searching For Sugar Man is mostly dedicated to acknowledging the impact Rodriguez had in South Africa and the remarkably sustained ignorance on his or his producers’ part concerning it. 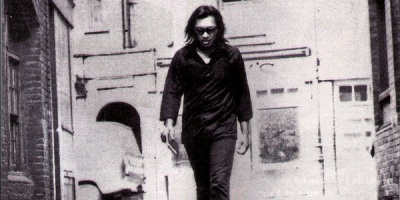 Malik Bendjelloul’s film is presented as a mystery rather than a straightforward music documentary, and it works a treat. Much of mainstream cinema has for a long time cribbed from the aesthetics of documentary, borrowing its apparent formal authenticity in the struggle for realism. In turn, documentaries have begun to borrow from the conventions of genre cinema, that they might heighten the reality of their subjects using narrative tricks and codes to further blur the line between reportage and storytelling. Searching For Sugar Man is a prime example, and knows the right balance between lining up the facts and spinning a good yarn in the process. 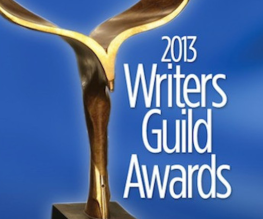