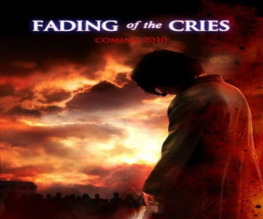 Fading Of The Cries, just as a title, probably does enough to ward off most people from ever watching the film. The adjoining cover looks like a real-life re-enactment of a fantasy R.P.G. video game, a sub-class Final Fantasy, if you will. It is by some feat then, that this film is actually substantially worse than both. So bad that it could be brilliant? No, sadly not.


I’ll attempt to get the basic plot outlined:

Sarah (Hallee Hirsh) has been left a necklace by her deceased uncle (the boring one from American Pie) who lived in a huge, slightly spooky house after his wife and kid were killed in a car crash. She ominously puts it on for the first time and things IMMEDIATELY start to happen. Whilst off with a friend she is attacked by a group of zombie-esque people but is saved very quickly by a young, mysterious young man named Jacob (Jordan Matthews) who has a sword that is supposedly remarkably powerful. Very soon (seriously, we’re like 5 minutes in) we find out that a dark sorcerer (Brad Dourif) is after the necklace, believing it to be stolen from him.

Alongside the main action we are treated to cutbacks of the uncle’s past and what became of him in the mysterious house. Picture the beach house in American Pie 2 only no one else decided to come stay with him this summer and he’s gone a bit mental. As a story, this film takes ‘all over the place’ to new levels. Plot lines are just sprung out of thin air without the slightest nod of relevance. The audience is expected to just go with it more than in any other film I have ever watched. At no point is it ever, even slightly, explained who the zombie- kind-of-people are, or where they have come from. Or, for that matter, who this sorcerer guy is and why he is so determined to wreak havoc on a seemingly entirely empty town.

What began all this? – you’ll ask. Why has this madness been bestowed upon this girl and her family? For God’s sake will someone explain the history behind the sword and the necklace?! No, no one will. Why should they make it that coherent and comprehensible, it’s just a computer game after – oh.

All this magical mystery and sword wielding made me assume Fading of The Cries was a film for kids. However when people started saying ‘shit’ all the time and there was quite an unnecessary amount of blood I realised it was actually a 15. 15 is an age that brings with it a small amount of wisdom, but it is by far old enough to know that this film is a big pile of awful, and not worth watching. How a group of relatively well known actors got on board this film boggles the mind. Dourif was in One Flew Over The Cuckoo’s Nest and has just appeared in Priest. What is he doing?

A concluding note: the tag line for this film is “the journey home is just the beginning”. I want to make clear that I cannot – for the life of me – work out how that is in anyway relevant to the film. It’s genuinely worrying.

Previous: Andrew Niccol confirmed as director of The Host
Next: Top 10 Sci-Fi Loners