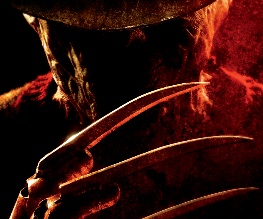 “One, two, Freddy’s coming for you… Three, four, better lock your door…” In 1984, writer-director Wes Craven unleashed one of cinema’s most iconic and dearly beloved boogiemen: Freddy Krueger. Dressed in an eye-catching red and green striped sweater and a beaten fedora, Freddy stalked his victims in their dreams, killing them with a glove of razor sharp knives. Craven officially laid his hideously-disfigured creation to rest in 1994 with the self-referential New Nightmare and now, more than 15 years later, Freddy is resurrected in a slick yet soulless remake that doesn’t have a clue how to scare an audience.

“You fall asleep, you die”; says one of the cardboard cut-out characters in Samuel Bayer’s contemporary re-imagining. Stay awake for this A Nightmare On Elm Street and you’ll die of boredom. All of the homemade special effects of the original film, which were part of its crude charm, have been replaced by workmanlike digital special effects that look horribly fake. For example, in the 1984 film, Freddy’s face appears in the wall above the heroine’s bed as she sleeps, the wallpaper stretching like latex around his snarling features. In Bayer’s film, computer trickery clumsily achieves the same effect but isn’t as convincing or as realistic. Sorry guys, but old-fashioned prosthetics and human graft trump multi-million dollar hardware.

The teenagers of leafy Elm Street are shocked when sleep-deprived hunk Dean (Kellan Lutz) slits his own throat in a late night diner in front of pretty classmate, Kris (Katie Cassidy). “It was like somebody was making him do it but there was nobody there” she whimpers to on-off boyfriend Jesse (Thomas Dekker). Classmate Nancy (Rooney Mara), who works as a waitress in the diner, and classmate Quentin (Kyle Gallner) are deeply disturbed, even more so when the youngsters discover they are experiencing the same nightmares about a maniac called Freddy (Jackie Earle Haley). Nancy feels certain that her mother Gwen (Connie Britton) knows more than she is letting on. The only way to stay alive is to stay awake but the teenagers cannot avoid sleep forever and one by one they slip into the land of nod to face their ghoulish tormentor.

A Nightmare On Elm Street pays tribute to the original film with shot-by-shot recreations of key scenes such as the slumber in the bathtub and regurgitated one-liners, though all this really does is make you wonder why they bothered making this film in the first place. The central narrative remains largely unchanged, denying us any suspense because we know which characters will survive, and can even predict Freddy’s pay-off quips. Haley puts his stamp on the pivotal role, aided by impressive make-up, but he lacks the menace and playfulness of Robert Englund’s incarnation. The younger cast are bland and we feel nothing when they are dispatched. “One, two, Freddy’s all brand new… Three, four, but he’s such a bore…”

Were you also fighting sleep whilst watching Nightmare on Elm Street? Tell us about it…

Previous: Robin Hood
Next: Cinderella remake on the way