here b) then proceed to remind yourselves of what the UKFC has brought to our screens in the last ten years, starting with the exhilarating horror sequel 28 Weeks Later. " /> 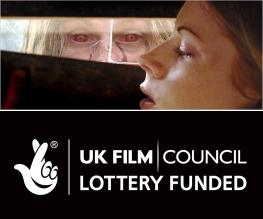 On the 13th April 2007 a huge biohazard warning was projected ominously against the White Cliffs of Dover, with the words “CONTAMINATED, KEEP OUT” greeting our friends from across the channel. Though locals who saw the projection shrugged and acknowledged that Dover certainly had seen better days, those who recalled being blown away by Danny Boyle’s 28 Days Later clocked www.RageVirus.co.uk and felt a surge of fear-laced anticipation for the sequel. 28 days later, brushing the accidental pandemonium at Dover port under the carpet, 28 Weeks Later hit our screens. In fact, it smashed through our screens with rage-infected velocity and tore up any scepticism we may have had about its ability to match the success of the original. Intelligent, harrowing and physically exhausting to watch, this is a sequel that blows the first film out of the water.

28 Weeks Later somehow makes you feel both frantically agoraphobic and claustrophobic in simultaneity. Every space is heavy with potential for a heart-stopping appearance by one of the infected and the suspense doesn’t let up for a even a moment. As soon as that iconic theme tune exquisitely awakens your nerves and threatens annihilation, you are immersed in the morbidly fascinating realm of post-apocalyptic horror. Juan Fresnadillo’s adrenaline-driven, technically-accomplished return to the (near) empty streets of infected London is as supremely complex emotively as it is simple conceptually. The opening scene is one that leaves an ineradicable imprint on that part of the brain that has been lumped with owning our most traumatic memories. As Don (Robert Carlyle), sprints away from his rage-invaded cottage into an open field with an agonised glance back at his wife Alice (Catherine McCormack), you find yourself pushing him to run faster; the guilt is excruciating, but 28 Weeks Later disturbingly makes you empathise with the selfishness of terror and the extremity of the survival instinct. Far more than a zombie horror, this is a film that will leave you both gasping for air and pondering the darker aspects of the human condition.

Cool, clever and powerfully idiosyncratic in style, this is a sequel that truly flies the flag for unique British cinema.

*’28 Weeks Later: The Infected’, a 7 minute featurette on playing the role of the Infected.

*’28 Weeks Later: Getting Into the Action’, a 7 minute featurette on choreographing the action.

If you value independent cinema and wish to support British film making, please click here and sign our petition to stop the government from executing code red on the UK Film Council.

Previous: Brick Lane
Next: Carla Bruni gets her baguette in a twist