Sex and the City: DVD Review 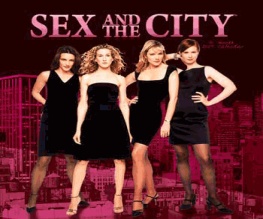 Whatever happened to SatC‘s spark? I’ve never, ever watched it, bear in mind, and even I’m aware that the programme’s USP was originally its progressive, non-judgemental approach to modern women with modern sex lives. No arguments there. But at what point did someone think that ‘Cynthia Nixon getting them out’ constituted a sociosexual statement?

“Oh GOD, I’m sad. I’m so sad that I must be the saddest boring oddly-dressed woman in the whole of this big fashionable city. Hang on, are those Manolos?”

Sex and the City is repellent, uninspired, one-dimensional trash. Set four years after the series finale which saw shallow and emotionally stunted fashion obsessive Carrie Bradshaw (Parker) reunited with übersuave tycoon and utter tool Mr Big, the film revolves around the plans for their perfect(ly ridiculous) wedding, its last-minute collapse and Carrie’s subsequent six-month sulking fit. Her three relentlessly marginalised friends then spend the rest of the film fussing around her, despite the fact that their own lives are mostly going to pot. Harassed career woman and mother Miranda (Nixon) tells her husband to “hurry up and get it over with” when they’re having sex and is then surprised when he has an affair, whilst promiscuous bimbo Samantha (Cattrall) is finally in a stable relationship but would rather be riding the next door neighbour. Charlotte (Davis) is basically perfect until she shits herself for no discernable reason. No, really.

Can you hear that? It’s Emmeline Pankhurst frantically revolving in her grave.

Even without having encountered Carrie and co. before, their clichéd antics bored me almost to tears – this is obviously a film in which not one penny was spent on intelligent writing if it could possibly be rerouted to buy another preposterous outfit for the only talking horse outside Narnia. I was desperate not to dismiss SatC as a cynical and unoriginal money-spinner, but there’s no other conclusion to draw – and, with worldwide box office grosses of $415m, I very much doubt its makers care. Disgraceful.

*Deleted Scenes
*Interview with Sarah Jessica Parker and director Michael Patrick King
*’The Fabulous Fashion of Sex and the City’
*’Fergie in the Studio: Watch a Hit in the Making as the Singer Records Labels or Love for the Movie Soundtrack’

What did you think of the girls’ return – fabulous as ever or destined for the sale rail? Let us know below… 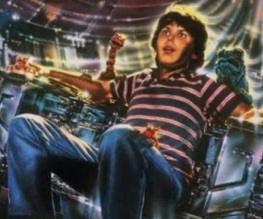 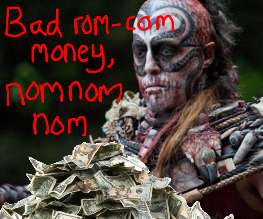