The Men Who Stare At Goats: DVD Review 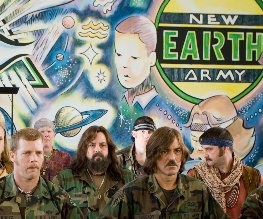