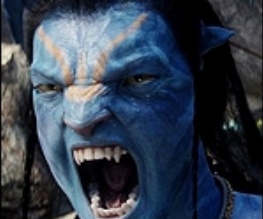 Ten years of production, the development of a whole new stereoscopic technology and a marketing blitzkrieg so intense that even lost tribes in the jungles of Borneo are aware of it. The buzz around Avatar has been almost unprecedented – James Cameron’s long-awaited return to sci-fi has been panned, praised and everything in between even before it was released. Approaching Avatar with an open mind, we discovered one of the most jaw-droppingly beautiful and immersive films of recent years.

No – scratch that. One of the most jaw-droppingly beautiful and immersive films ever. The only problem is that the original is a little lost in translation to DVD, and with no special features, fans may feel a little cheated in their spending.

If anything, the plot is one of the weakest aspects of Avatar, with its down-the-line simplicity and black and white morality. But bizarrely, this simplicity complements and supports the film’s fairytale quality, and allows the narrative to progress at a measured, intelligent pace – despite other reviewers lambasting its length, Avatar doesn’t feel overlong or laboured.

Or what should properly be referred to as the lack of effects. We’re happy to report thatAvatar really is the start of a new era in filmmaking – and that’s not idle hyperbole. The computer-generated characters are so real, so believable, that you quickly forget they’re computer generated at all.

Putting it simply, Avatar has everything – jaw-dropping effects, solid performances, slam-bang, eye-popping action and an entertaining, eco-aware story. The only thing to be aware of is that this DVD is not in the original stunning 3D glory, and although it’s still beautiful, it might be worth waiting for the 3D release to enjoy it in all its stunningness.

There are no special features on this version, which is another reason to wait for later releases.

Previous: The Men Who Stare At Goats: DVD Review
Next: It’s A Wonderful Afterlife