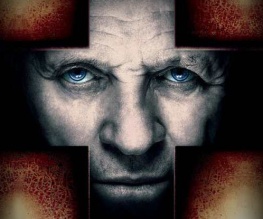 I have never seen The Exorcist. I have never seen The Exorcism of Emily Rose. When some heartless monster tried to make me see The Last Exorcism, I was forced to wound an intern in order to make my position on the matter of exorcism films crystal clear. Supernatural horror is not, let it be known, my stock in trade. Fortunately for me, soggily-plotted pseudo-thriller The Rite (“an old-fashioned chillfest” – The United States Conference of Catholic Bishops) is nothing of the sort.

Small-town boy Michael Kovak (O’Donoghue) is an unwilling undertaker who feels stifled by having to work at his dad’s creepy funeral home; so, guilt-tripped by long tradition, he applies to seminary school to follow the only other approved career route for men of his family. When his plan to drop out just before taking his vows is scuppered by an inconvenient student loan demand (topical!) he is persuaded to travel to the Vatican and attend a course which might just help him find his niche in the Church. The subjects? Demonology, strapping on the armour of righteousness and kicking Satan six ways from Sunday – it’s Exorcism 101.

When sceptic and psychology devotee Michael persists in picking holes in the curriculum, he is sent to work with eccentric priest Father Lucas (Hopkins), an experienced exorcist who believes he has driven out thousands of demons in his time. Michael’s initial attitude is one of disbelief and concern as ‘patients’ are given spiritual treatment for what he believes are psychological illnesses, but as strange things begin to happen to both him and Father Lucas he is forced to reassess his materialist assumptions. Is Michael going mad, or is a sinister presence really at work around him and the elderly priest? He’ll have the devil’s own job finding out… Although there are refreshing elements to The Rite – its reluctance to chuck a CGI budget around in the possession scenes was particularly rewarding, and the inventive cinematography brought an element of symbolism to the film through context-specific shots from above and below – it has plenty of problems. The plot is very, very linear, and the last half an hour can be very easily intuited well before the half way point. The script is melodramatic and uninspired, and the entire supporting cast is basically irrelevant – everyone but Alice Braga’s conveniently foxy journalist exists solely to manhandle Michael through the pre-boss levels, and that’s only because she has no function at all other than to be pretty and virginal. She’s called Angeline, natch. Also – and I must make it clear that I’m not complaining about this – the film isn’t even remotely scary. There are perhaps two or three predictable jumpy moments (one of which involves a mule with red eyes. A MULE), but the tone throughout is more thriller than horror.

Newcomer Colin O’Donoghue’s performances is surprisingly confident, and he makes the most of his limited dialogue to conjure the appropriate thrills, but he was always going to come off second best; it goes without saying that the biggest treat The Rite has to offer is seeing Anthony Hopkins back on form after a distinctly duff few years. His Father Lucas consciously borrows from Hannibal Lecter, abruptly turning up behind other characters and smilingly murmuring “Okey-dokey” during situations which are nothing of the sort. Fluttering effortlessly between mellifluous Italian and his native Welsh accent, his descent into madness possession fuck knows incoherent scary freakshow-dom could well be his most chilling performance since he hung up his hockey mask. Proper horror fans may be disappointed, but The Rite is worth seeing for Hopkins if nothing else.