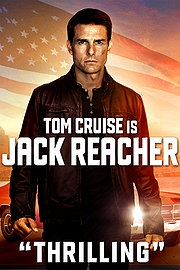 After a random shooting in which 5 people are killed by a lone gunman, a strong trail of evidence quickly leads to the arrest of James Barr (Joseph Sikora), a former sniper in the US army. He only makes one request – “Get Jack Reacher” – and luckily for him, Tom Cruise IS Jack Reacher, who turns up after Barr is beaten into a coma. Although convinced of Barr’s guilt, Reacher agrees to investigate the shooting on behalf of his defending attorney Helen Rodin (Rosamund Pike). Persecuted by an increasingly aggressive and shadowy organisation led, nothing is as it seems, and the detective-soldier-superhero must overcome bands of local yokels, corrupt cops and a paramilitary force.

As straightforwardly actiony as Jack Reacher sounds, the film’s best asset is an interesting story. As much as one might enjoy the fantastically crunchy hand-to-hand fights or the tense gun battles, what drives the interest is a fascinating murder-mystery. From the first horrifying sniping scene, the audience are shown that the suspect, James Barr, is not the culprit. This dramatic irony may seem rather innocuous, but there is such a wealth of evidence against him, and everyone seems so convinced of his guilt, that the audience is given to second-guessing what they KNOW to be true. This is a lovely bit of screenplay writing, and gives a flavour that most other ass-kicking films lack.

Considering that Tom Cruise is playing the titular star, he feels oddly vacant. This is mostly due to Lee Child’s literary character – Jack Reacher is a ghost, a vector for the reader. He is under-described, which gives a veil of mystery to the man in the Jack Reacher books. A lot of this has carried over into the film adaptation, but Reacher’s poignant hollowness is a less apt characteristic on the big screen. Tom Cruise does play the part of Reacher very well, and he is as charmingly and believably-psychotic as ever, but his self-assured cockiness and shit-eating grin jar uncomfortably in a couple of scenes. Thankfully, these moments are few and far between. As a lead, Tom Cruise still has that charisma and unique physical grace that makes him distinctly watchable. 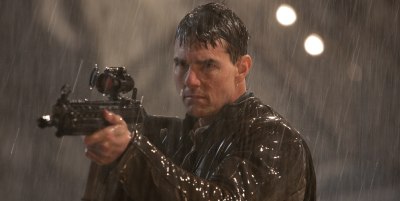 Despite the fact that the Call Of Duty generation has been utterly desensitised to gun violence in films, Jack Reacher manages to depict the pivotal sniping event in a sickeningly realistic manner. The horrific thrill of watching the scope move from potential target to potential target is as frightening as it is engaging, and there are several moments that can draw a gasp of horror. From this very first scene, Jack Reacher is a beautifully shot film, – the Director of Photography, Caleb Deschanel (father of Zooey, you might be interested to know) has done a fabulous job. There are no superfluous action shots, no silly slowdowns or rail shots or ridiculous CGI blood: instead, the film looks clear and clever.

Alongside the great cinematography, Jack Reacher boasts a plethora of solid performances. Rosamund Pike, Richard Jenkins and David Oyelowo are all fantastic, and they ensure that Jack Reacher doesn’t rely purely on a big name star. Werner Herzog as ultimate evil-doer ‘The Zec’ is a little on the nose, but he does bring a level of threat that no one else could. His threatening accent and dead-eyed stare would have been enough, but his one blind eye and mutilated hand seem like overkill. Like any unscrupulous bastard in an action film, The Zec’s motivation is hidden behind obscure malevolence, but whereas this would normally be played off as silly and 1 dimensional, Werner Herzog remains inscrutably frightening. 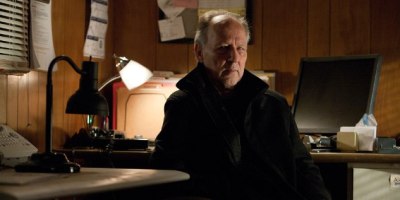 Although the adrenaline-pumping action sequences really are the best parts of Jack Reacher – every punch feels delightfully solid and the car chase is breathtaking – the moments of drama are as equally engrossing as the fighting. Watching Tom Cruise hunting for evidence, putting the screws on a local for information and utilising Sherlock-level deduction keeps the tension from dropping. There are a couple of scenes that drag, but these are infrequent, and the pace quickly ratchets up again. Best of all is the film’s determination to ensure that the five sniper victims are not just plot devices. We learn who these victims are, and what ramifications their deaths have on the people around them. Their deaths mean something. It’s all sensitively and effectively done, and it shows that Jack Reacher has something of a soul to it.

Jack Reacher won’t be winning any awards for originality. It’s not aiming to be the best police-procedural, or have the most jaw-dropping action sequences. This film could have been just a predictably mechanical Taken clone, but it is so much more. Interesting, likable and dynamic characters, great action where you can actually tell what’s going on, funny moments that are offset by genuine pathos – Jack Reacher is an above-average film that is destined to be disliked by critics and appreciated by most others. This is a film definitely worth the price of a cinema ticket.