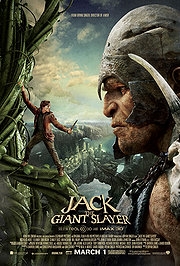 Welcome to the Kingdom of Cloister, legendary home of King Erik, defeater of an army of giants and owner of a magical crown. Meet farm-boy Jack and Princess Isabelle who are each learning of the myth as children from a loving parent we will not see again. Fast-forward to 10 years later: Jack (Hoult) lives with his uncle and is off to town to sell off their last horse while Isabelle (Tomlinson) has taken to sneaking out of the castle in a bid to get to know her people (and exert a little rebellious nature on her father). Boy meets girl, boy saves girl, boy finds out girl is a princess but falls in love anyway.

Cut to Stanley Tucci’s villainous Lord Roderick with his eyes firmly set on the throne. To achieve this diabolical end, he has already wrangled a marriage to Isabelle from King Brahmwell (McShane). However, being that he is a nasty individual, he would much rather get the job done with good old force, leading us back to that magical crown and the army of giants it is said to control. Thrown in to the mix is a bag of magical beans that, once wet, will grow into beanstalks big as bridges and allow him to reach the realm of Gantua. But alas, it is not all smooth sailing for Roderick, as he find that this very item has been stolen by a monk who hands it over to Jack as collateral for his horse. Jack’s uncle is obviously not pleased by this and throws them to the floor. A heavy thunderstorm follows, driving a newly runaway princess to Jack’s door and causing one of the beans to take root, shooting the entire property up, up and away. So the princess needs rescuing, Jack volunteers and the adventure ensues. 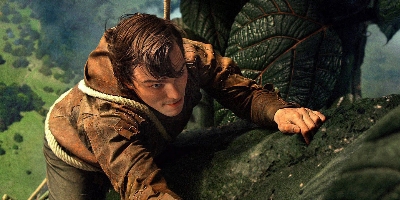 Jack the Giant Slayer is a fun little movie. For most of us this fairytale is a big part of our childhood so seeing it brought to such vivid life is a sweet thrill all on its own. Jack the Giant Slayer is the kind of thing that the CGI of today was made for, infusing into the fable a depth and detail that allows us to pretend, even for a little while, that this could be reality. The beanstalks are really a sight to behold, amazing in their fluidity and texture, while the 3D effect only adds to the dizzying effect of their height. It’s a similar story when we come to the giants, who are not only impressive in their considerable size but are also utterly grotesque by definition. You’ll get a real feel for the discrepancy of stature between them and the humans thereby amping up the sense of danger they can present. Jack the Giant Slayer achieves something that most CGI-heavy movies can only dream of: imbuing their creations with a palpable personality that lends itself to the films ultimate believability. 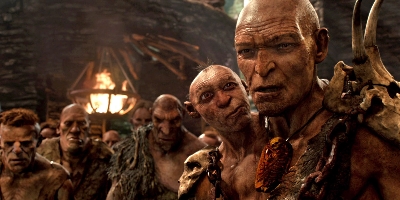 In contrast, their human counterparts seem much less engaging. It’s not that the actors don’t do a fine enough job, it’s just that they are so simply limited to the reenactment of stereotypes. Nicholas Hoult is the unlikely knight-in-shining-armour, Eleanor Tomlinson is his-damsel-in-distress and Ewan Mcgregor doesn’t have much opportunity to rise above the role of valiant warrior. None of it is really memorable, unique or all that interesting really so don’t expect an overwhelming investment in these characters. Luckily the pace manages to make up for this – as does the surprisingly high body count. The nature of the enemy means that you have some rather gruesome allusions to vicious kills to look forward to despite the 12A certificate. 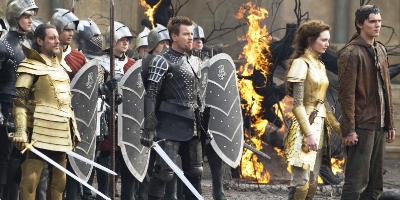 Jack the Giant Slayer is a great kid’s flick. Bryan Singer’s giants will occupy your full attention in a rollicking adventure that is exactly what your childhood stories were all about. It won’t blow you away with anything new but it will delight you with the world it creates and keep you entertained right till the end.

Previous: Reincarnated
Next: Mendes and Broccoli fight over new Bond