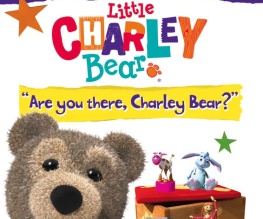 As a child, I grew up with some classics of children’s television: Tintin, Noggin the Nog, Ivor the Engine, The Raccoons, The Animals of Farthing Wood, Rosie and Jim, Family Ness, Penny Crayon, Playdays, Sesame Street, Super Ted, Banana Man, Danger Mouse, Funhouse, Fireman Sam, Come Outside, The Queen’s Nose, Zzzap The Television Comic (which you may not recall, but Google it and enjoy “Cuthbert Lilly, he’s dead silly”), and many more. I could have made that list double the length, but think I’ve made my point.

What do children watch now? Well, perhaps they could watch Are You There, Charley Bear, a show about a bear whose curiously strong imagination lets him become a popstar and build a sandcastle. Now, if Grizzly Man has taught me anything, it’s that it’s safe to assume that bears have very little playful imagination, and if you were to put one in a limousine (as happens in the Pop Star episode) all you’d end up with is a large amount of upholstery damage and a dead chauffeur.

But no, because it’s a television programme for children, this bear is unrealistically adorable. Look at him! With his little glasses and fur, and lack of all intrinsic bear-like qualities. Is he going to climb a tree to teach children about how bears can climb trees? Is he going to maul a tourist? Well no, but he is going to go to space, meet an alien and play “moon ball”. It’s easy to criticise children’s TV, or to suggest that they’ve dumbed it down since we were kids, but that’s because they have. Instead of a plot driven ‘postman who runs into difficulty’ show, or even a group of adorable aliens talking to each other via swanee whistle (The Clangers), Little Charley Bear boasts idiots’ favourite James Corden earnestly asking a computer-animated bear what he’s up to today.

What happened to telling children stories? Immersing them in an escapist world of make-believe? They needn’t be Columbo-style murder mysteries, but perhaps something a little less tedious than “HELLO CHILDREN, I’VE LOST MY PENCIL, CAN YOU HELP ME FIND IT?” As an incredibly childish man myself, I can figuratively (and literally, thanks to my small feet) put myself in the shoes of a 3-6 year old child and have decided that Charley Bear would not have satisfied me. I need adventure, travel, treasure… not the disembodied voice of James Corden patronising a small CGI bear. Children have imagination which needs to be inspired with stories, not tethered firmly to vapid reality with “You know, maybe one day you could enter Britain’s Got Talent and only get one buzz.”

Here are a list of other rhyming titles I would like to see from the Little Charley Bear franchise. It can also be read as a piece of performance poetry (but you’ll have to use your imagination. Is that going to be ok?)

Previous: All Roads Lead Home
Next: Looney Tunes to return to the big screen