Stanley Kubrick’s The Shining is a scary film. But not as scary as Room 237. In Rodney Ascher’s documentary, we are treated to some of the myriad theories surrounding the supposed true meaning of Kubrick’s masterpiece, and there are some humdingers. There are film obsessives, and there are people who have watched The Shining frame by frame in a bid to better understand Kubrick’s hidden essay on the Holocaust. Or the genocide of American natives. Or how Kubrick was instrumental in faking footage of the Apollo 11 moon landing, and used The Shining as a vehicle for his confession. You couldn’t make it up. Unnervingly if not predictably, the more Room 237 slows and stretches passages from The Overlook hotel’s most memorable winter, the more some of the ideas being discussed start to hold just a little bit of water.

Kubrick was a meticulous director, painstaking and deliberate in his filmmaking process. While it would perhaps be too generous to assert that there are no accidents in his films, his well-documented attention to detail defines our perception of what we see in them. The obsessives in Room 237 all use his craftsmanship as the foundation of their arguments, extracting some seriously grand assumptions from what 99% of the audience wouldn’t even notice. Taking most of their theories well away from the realm of academia, Room 237 is far more entertaining than a traditional look at The Shining‘s crumbling family unit or its place in the horror canon, and often much more interesting, too. Ascher and his interviewees are on a mission to decode The Shining‘s rabbit hole of patterns, objects and reference, all supposedly left by its cryptic director like an impish trail of breadcrumbs.

So, what emerges when every corner of a film is endlessly scrutinized? Not only that, but a film like The Shining. A film defined by its beguiling use of interior space, endless corridors and stream of visual signposts. Jack Torrance went mad trying to take care of The Overlook, and it’s not something lost on the contributing theorists. On the saner end of things, the hotel’s maze-like structure becomes literal when it’s revealed that the film is really ‘all about’ the Greek myth of Theseus and the Minotaur. Clues wrung from the scenery include a wildly interpreted ski poster glimpsed as Danny has an early encounter with the Grady girls, and even a playful visual aside noting the production company (Minotaur) behind early Kubrick film Killer’s Kiss. 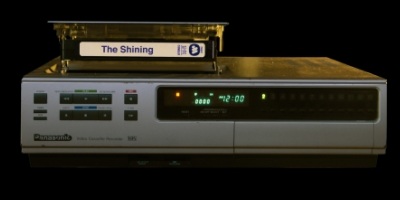 Listening to crackpot theorists drone on and on has every right to be an utterly boring, even potentially damaging endeavour. Thankfully Ascher’s film raises as many chuckles as it does eyebrows during the course of its investigation. Beyond a couple of the more acceptable -though still enjoyably tenuous- threads of thought regarding wider themes of genocide, some truly hilarious readings surface. That Stanley Kubrick made 2001: A Space Odyssey as a dry-run for his eventual role as the chief architect of faked footage brought back from the Apollo 11 mission, is worthy of a dry chuckle. But his decision to make The Shining as an incredibly layered confession of his involvement, coding it with a smattering of lunar references for those willing to look? Thankfully, Room 237‘s interviewees are the best kind of conspiracy buffs: unhesitant, unrepentant, and utterly forthright in their convictions, all with a self-acknowledging hint of humour laced through the madness.

Room 237‘s structure works wonders with the interviewees. All of the theories discussed are audio interviews, and Ascher uses this freedom to weave different theories together, creating a heady labyrinth with multiple points of entry and no recognizable ways out. One theory focusing on The Shining‘s extensive use of fades gets cross-referenced with another about Kubrick’s opaque remembrance of the Holocaust, culminating in a moment of perfectly-edited cinematic verisimilitude when Jack Nicholson appears to sport a Hitler moustache. Elsewhere, Stephen King’s well-documented distaste for Kubrick’s adaptation is a moment of supreme levity. Ascher allows himself a great bit of fun as footage of Stephen King wigging out in Creepshow is overlaid with audio of an interviewee recounting the author’s frosty reception of Kubrick’s vision. Room 237 is an incredibly well-constructed essay about the malleability of art seen through the eyes of some very persevering film nuts, and the enthusiasm and humour displayed by both Ascher and his interviewees elevates it high above any pub splutterings. 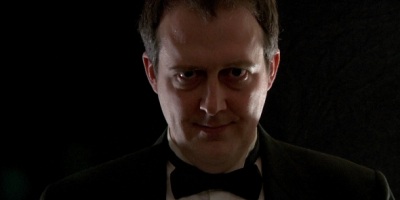 There are threads to be pulled regarding the nature of artistic legacy and the legitimacy of audience interpretation versus author intent. Room 237 acknowledges this aspect of such intensely obsessive film watching, but knows better than to shift the focus away from the subject at hand. It’s about a very specific film made by a very specific man. Wider issues remain at the edges as each theory passes into the next and we find ourselves drawn further and further into the increasingly blurry centre of a puzzle with no solution.