Here at BFF, the film got us thinking about how criminally underrepresented One Direction are on the big screen. So – in honour of Harry, Louis, Liam, Zayn and Niall and everything they’ve given us – here are ten films that would greatly benefit from having 1D in the cast. 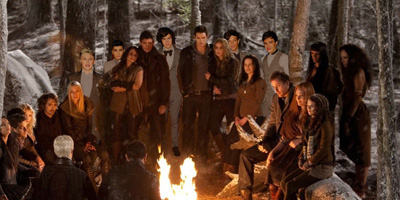 If there’s one thing The Twilight Saga: Breaking Dawn – Part 2 needed, it was more anonymous vampires with no lines and no backstory other than that they wore a hat.

Now imagine you’re watching that final Twilight instalment – pausing a moment from screaming at your television that there just AREN’T ENOUGH PEOPLE ON THE SCREEN – and, as the camera pans across that sea of blank, waxen expressions, you spot five familiar faces. They might not speak or have any discernible part to play in proceedings, but by gum just knowing they’re there makes you feel better.

BONUS HARRY STYLES MOMENT
Kellan Lutz makes one of his famed quips and it cuts to Harry smiling. In that instant you realise they’re having an affair #KerryStylutzShippers 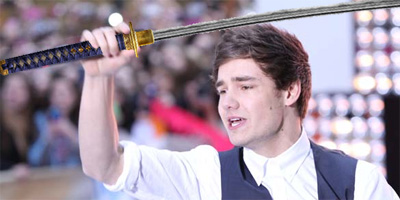 Also, in this film, the samurai kill bandits and One Direction are a popular band. This is some Illuminati shit. 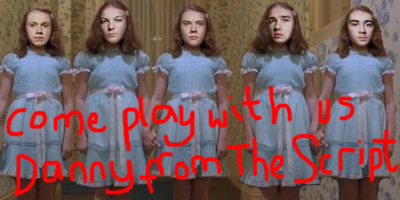 Stephen King was deeply disappointed with Stanley Kubrick’s totally brilliant big screen adaptation of The Shining (the jerk), famously saying: “I hated this movie. Why did all that blood come out of the elevator? I didn’t write that shit. Also where were the topiary animals? If I wanted a maze I would have written about a maze. And where the HELL were One Direction? Screw this movie this movie sucks balls.” 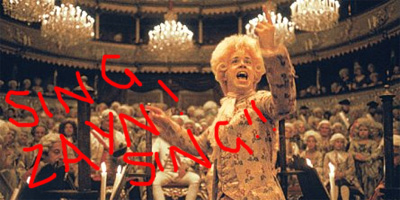 One thing we know for certain is that Amadeus would be far more excellent and far less boring if it featured One Direction in the cast.

Just picture it: it’s the opening night of Mozart’s first opera in Vienna and when the red curtains draw back, it’s 1D on stage, in powdered wigs, singing “Gotta Be You”. Stick your Marriage of Figaro nonsense – this is real music. 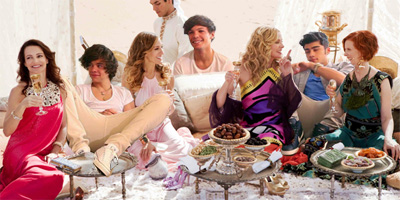 We know what you’re thinking. Not these old hags again. But bear with us.

Sex and the City 2: Men!-O-Pause – where the ladies go on holiday to Abu Dhabi for some reason or other – was famously panned for being sexist/racist/grotesque/nightmarish. But think about how HARD YOU WOULD WATCH THIS FILM if One Direction played the love interests for the four leads (two for the one who has all the sex, probably).

Forget your Mr Bigs and your Steves, we want to see those screeching harpies getting off with some inappropriately young hotties with spindly legs and ridiculously luscious heads of hair.

BONUS HARRY STYLES MOMENT
Harry is caught in a sandstorm and all his clothes get blown off. 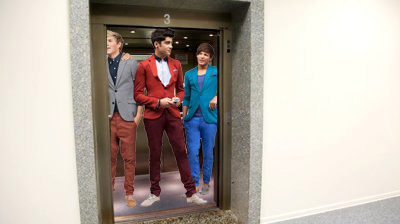 Oh, M. Night Shyamalan you crazy diamond! When are you going to stop pretending to direct films and get a job in the village post office?

Shyamalan’s 2010 film Devil might have passed you by but if it didn’t you’ll know it’s about five people in an elevator who get picked off one by one by a satanic presen – hang on, did you say FIVE people? Hiiiii-yoooooooo! It’s 1D time up in here!

We would honestly love to watch this exact film only with One Direction playing the five leads instead of the people who actually play them who are definitely real (?) actors. Seriously, who wouldn’t want to see the lads trapped in a lift getting killed in increasingly nonsensical yet gruesome ways?

BONUS HARRY STYLES MOMENT
Harry gets into the lift and immediately says “Who wants to get off with me?” the SAUCY MINX. 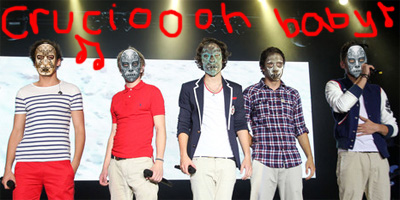 The 1D boys would be perfect as Hogwarts students, right? WRONG. Despite the fact that Liam is a natural Hufflepuff, we think the boys should have been cast in the final Harry Potter instalment as background Death Eaters, taking part in the mass slaughter of innocent school children. Just imagine how sexy that would be!

Also, we’d finally get to say all these things in the cinema: “Zayn just opened my Chamber of Secrets with his Parseltongue”; “Niall did you just use the Engorgio charm or are you just happy to Avada Kedavra me?”; “WAND ERECTION!” etc.

BONUS HARRY STYLES MOMENT
Harry Styles kills (SPOILERS!) Fred Weasley and it’s then that you realise him and George Weasley have been having an affair #GerryStylesleyShippers 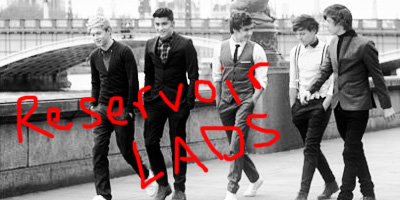 When you think about it, Reservoir Dogs didn’t really have enough characters. Also, in our opinion, the video for “Live While We’re Young” didn’t have enough blood and people being shot in it.

So, with that in mind, we’d like to suggest to Quentin Tarantino that he reboots his cult film to feature the original cast plus the following: Harry as Mr Gold, Niall as Mr Alsoblonde, Zayn as Mr Rich Burgundy, Liam as Mr Taupe and Louis as Mrs Blue.

BONUS HARRY STYLES MOMENT
Instead of “Stuck in the Middle With You” being the soundtrack to Michael Madsen’s torture sesh, it’s Mr Gold singing the 1D hit “Kiss You” (accompanied by Mr Alsoblonde on acoustic guitar). 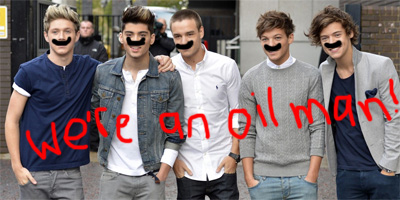 It’s a well-known fact of Science that Daniel Day Lewis is such a good actor, the only way to recreate one of his performances is to substitute him with at least FIVE actors (or ¾ of a Meryl Streep).

Accordingly, we think the One Direction boys would be perfect in the role of There Will Be Blood’s Daniel Plainview. Just imagine the bracken-like, entirely natural moustaches they would all grow! 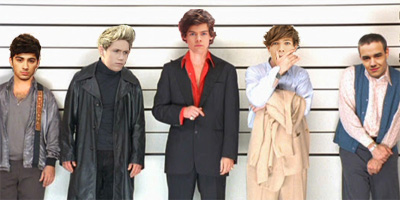 All we know is, the world is CRYING OUT for a remake of Bryan Singer’s 1995 thriller that stars the members of One Direction. Gotta connect with that tween demographic, Bryan!

Can you think of any other films that desperately need a shot of 1D? Let us know below!

Previous: Top 5 thieves in film
Next: Top 5 star-crossed couples who deserved everything they got