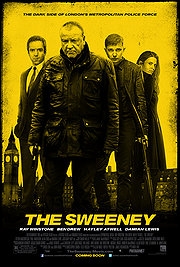 It can be very difficult to know where to start when reviewing a film that fills you with pure unadulterated ambivalence. It’s easy to extol the virtues of a film you loved, and it is arguably even more enjoyable to rip something to pieces when you hated it, but what to do when a film doesn’t particularly fail or excel in any one area? The Sweeney has presented us with just such a quandary.

Set in present day London, The Sweeney (Sweeney Todd – Flying Squad get it?) are a London Metropolitan police unit who aren’t above employing the same unscrupulous methods of the criminals they’re trying to catch. Headed by bad-boy Jack Regan, a toughened old codger with a flagrant disregard for authority, they arm themselves with baseball bats and leather jackets, devoted to keeping the streets of London safe by using any means necessary. Ben Drew (Plan B) stars as Regan’s idealistic protégé George Carter and is probably the best thing about this disappointing squib of an action-come-thriller.

The problem with The Sweeney is that it comes across more like a well made ITV drama than a serious film production. It’s been heavily marketed as an action infused hard hitter but the film plods along with little momentum and there are surprisingly few instances of genuine suspense to be found here. Not being familiar with the original television series we’re not sure if this is a problem with the source material or the direction but viewers will almost certainly find it difficult to care about this convoluted plot that features some truly cringe-worthy dialogue and uninspiring characters. It also becomes difficult to buy into the events unfolding before us when it becomes clear that this particular special ops team aren’t all that good at their jobs. It takes the team forty-five minutes to figure out a glaringly obvious plot development that made itself apparent within the first ten minutes of the film, and the plot begins to unravel from there. 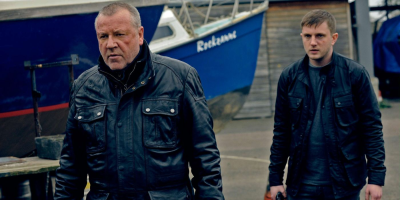 Ben Drew is the one redeeming factor; he is the only actor in the cast to posses any onscreen charisma and is remarkably watchable. Unfortunately, he has chosen to affect a thick “Saaf east Landan,” accent which is difficult to listen to. And by that, we literally mean we couldn’t understand what he was saying a lot of the time. Another major issue is the amount of time spent focusing on Regan’s affair with married colleague Nancy (Atwell) Strangely, the film seems very intent on trying to convince the audience that Regan is some sort of Jack the lad sex symbol and it is advisable that viewers do not attend a screening of this film on a full stomach, as the sight of Winstone slobbering and grunting whilst lowering his over-sized paunch onto poor Hayley Atwell was enough to turn our stomachs.

Unfortunately, this is just one example in a long line of occasions when viewers will have to stop themselves from going into a state of paralysis induced by extreme cringing. The dialogue is utterly, utterly hilarious and features more outdated London cockney jargon than you would hear at an East end market. You’ll also have to suspend your disbelief to an insane degree: prolific afternoon shoot outs in the middle of central London with hardly a pedestrian in sight, police going around shooting people willy nilly, Regan assaulting his higher ups with no repercussions etc. There’s even a scene where Regan manages to outsmart the police escorts assigned to shadow him by stepping onto a train, and then – wait for it – STEPPING OFF AGAIN! 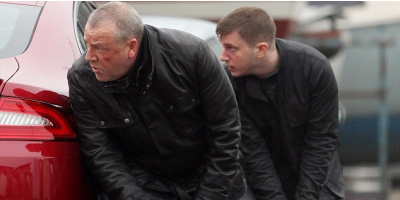 Winstone is completely phoning it in here, playing the same part he’s played for the last thirty years and seemingly in no hurry to mess with the formula. The car chases and action sequences are competent but hardly revolutionary and do little to hold the attention. None of the villains are interesting or indeed memorable,and so you wont care whether they get caught or not. In short, the film just isnt intelligent enough to pass as a decent thriller nor does it have enough impact to truly entertain an audience hoping for action. It is a way to pass the time and that unfortunately, is all.

Previous: After the Wizard
Next: Friday Drinking Game #57 – Adam Sandler 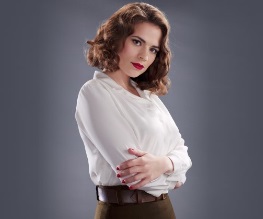