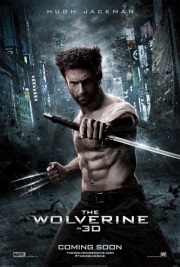 Four years on from the rightly slated X-Men Origins: Wolverine, Hugh Jackman’s adamantium-clawed mercenary is back for his sixth film and fifth starring role. But can James Mangold undo Gavin Hood’s misdeeds and restore Wolverine’s place as king of the Marvel superheroes? Despite a surfeit of ninjas and pseudo-noir cinematography, it turns out he can’t.

Some years after the events of X-Men: The Last Stand, which saw Logan kill his lover Jean Grey (Famke Janssen) after her unique mutation turned her into an all-powerful time bomb, he has renounced the name ‘Wolverine’ and returned to hermit-like seclusion in the trackless forests of his native Canada. But when a mysterious, katana-toting Japanese girl named Yukio (Rila Fukushima) appears in the Yukon and tells Logan that her dying employer wishes to see him to repay a debt, he reluctantly travels to Tokyo to meet a forgotten figure from his past.

That figure turns out to be Master Yashida (Hal Yamanouchi), an ageing tech magnate whose life Logan saved when the atomic bomb was dropped on Nagasaki. Limitlessly wealthy and obsessed with his own legacy, Yashida is determined to wrest the secret of Logan’s agelessness from him – with or without his saviour’s content. Logan is understandably dismissive of his threats, but when Yashida’s granddaughter Mariko (Tao Okamoto) is kidnapped he is forced to assume his old role as the noble (if stab-happy) ronin – a samurai with no master – even though his fabled healing powers seem to be on the wane…

In the press conference with James Mangold that I attended this morning, he freely admitted that the critical failure of X-Men Origins: Wolverine took the pressure off this project. Despite a brief glimmer of hope when Darren Aronofsky became attached to The Wolverine, nobody who’d seen Logan’s woeful last outing was expecting too much from what seemed like an unjustified second stand-alone film. This might go some way to explaining The Wolverine‘s more complimentary reviews – it’s certainly a better film than anyone had reason to expect, but that doesn’t make it good.

Director James Mangold (Walk the Line, Knight and Day) has been open about the influence which his lifelong love of Asian cinema had on The Wolverine, but his film plays out as a sub-Last Samurai interpretation of Japanese culture. Ninjas vault about with improbable abandon, every third line is about honour and Mangold’s clear attempts to ape Nikkatsu-style noir fall largely flat, cutting an uncomfortable third way between the unbridled fun of The Avengers and the uncompromising darkness of Christopher Nolan’s Batman trilogy. If Iron Man 2 is a kids’ film and The Dark Knight is for adults, The Wolverine is the quintessential awkwardly adolescent flick – all self-pity and fading to black. Logan passes out and wakes up to a vision a clear six times, for god’s sake. It’s just too much.

That said, the performances are as solid as you’d expect. Jackman is clearly thrilled to finally be centre-stage – the last Wolverine film was a poorly-disguised ensemble piece – and he handles the pressure well with a turn at least as emotive as it is growly. The strong female cast (distressingly, Mangold referred to the film as “Wolverine and his women”) makes a nice change for a non-Whedon superhero flick, and Hiroyuki Sanada is briefly brilliant as Yashida’s conniving Yakuza-linked son. The problem is that, fun fight choreography and beautiful cityscapes aside, they’ve just got nothing to do.

Don’t get me wrong – you’ll probably enjoy The Wolverine, even with the disastrous 3D and the increasingly contrived plot and the bloated running time. It’s got a fight on a train, after all, and that’s all anyone wants. I just wish Mangold had committed to either making a kids’ film or one for adults – by hedging his bets, he’s produced something that doesn’t really appeal on either level.

Previous: Suspension of Disbelief
Next: The Frozen Ground 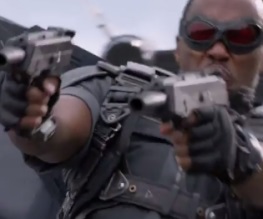