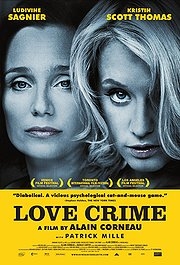 Offices aren’t interesting places. They hum and buzz like fridges, the people inside them keep their heads down and people move up the corporate ladder slowly, year by year, desk by desk. Backstabbing games of manipulation and sadism occur, sure, but the stakes involved usually revolve around stolen hole-punches and the territoriality of cupboard space. The highly motivated games of oneupsmanship that occur in Love Crime are culled from the heightened theatrics of Dangerous Liaisons and In the Company of Men, so when workplace backstabbing takes a surprisingly literal turn, it’s none too surprising.

High up inside the offices of a towering multinational corporation, Christine (Thomas) presides over her worshipping assistant Isabelle (Sagnier) with a quiet malevolence. It’s a relationship with a lot of direct relatives, not least the kind seen in fashion-based phenomena like The Devil Wears Prada and Ugly Betty. What separates Love Crime from the comic scrapes of these and other master/slave-based drama is its firm belief in the supremacy of the Euro-thriller and the coldness contained therein. There is no humour here, only the cool sterility of the office AC. It’s not necessarily a problem, but Alain Corneau’s direction refuses to bless Love Crime‘s workspace with any character, merely sidling through the blank conference rooms and corridors without intimating any kind of claustrophobia or menace.

Such qualities would have been quite welcome, as the tit-for-tat that escalates between ice-cold Christine and the more emotional Isabelle simply isn’t gripping enough to distract from the clipped interiority of the film’s early scenes. There’s a clear sense that Isabelle is just as driven as her domineering boss, but the fragility that occasionally rears its head isn’t developed by Courneau’s flat direction. Instead, Love Crime builds a ghostly bleakness at the expense of understanding either Christine or Isabelle further, and the thrills that eventually take over the film creak with a residual ennui left over from the initial set-up. 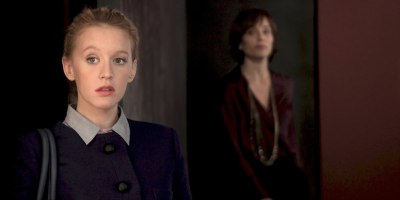 Things do come to a head. After suffering one humiliation too many, Isabelle’s vengeance provides Love Crime with a welcome escape route, taking events out of the office and allowing for a breath – if only a breath – of fresh air. Even if the final dénouement feels a touch overcooked, Sagnier matches Scott-Thomas with an equally unforgiving stare, and both provide simmering company as each attempts to outfox the other for a big promotion. It’s understandable that with such a well-worn story of workplace Machiavellianism, Corneau wanted to avoid making things too trashy. It’s a shame, because in refusing to make good on hints at a risqué sexual game played between the two women, and by draping every line in a muted seriousness that seems almost a parody of European erotica, Love Crime‘s make-up is left very thin indeed. It’s already been remade, with Brian de Palma‘s sexed-up rendition Passion due in 2013, a decidedly steamier affair, much more interested in the seductive aspect glossed over by Corneau.

Love Crime isn’t very seductive or thrilling, and its few redeeming features are frustratingly shown the door as Corneau attempts to break free of the mundanity of the office and deliver some much-needed momentum. Kristin Scott-Thomas can’t help but seem underused, though her performance is clearly a deliberate part of the furniture, the sadism delivered with curled lips and the raise of an eyebrow instead of arm-flailing theatricality. Love Crime strives to be a mean and lean art-house potboiler, but ignores a cardinal rule and takes itself far too seriously. Corneau’s overly cool direction fumbles the thrills and instead delivers a familiarly ropey exercise in high-end Eurotrash. 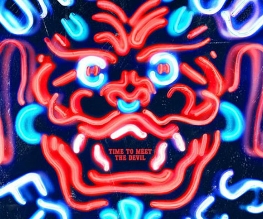