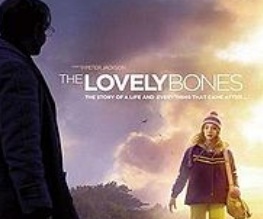 How do you tell a tale about the grisly rape and murder of a 14 year-old girl, whilst making sure it can be released a PG? By getting rid of that pesky rape and muder part, of course! Peter Jackson’s take on Alice Sebold’s novel is certainly beautiful to look at, but it has to be asked, is that really the point?

When the film was first tested with audiences back in 2009, the overwhelming response was that there was not enough violence shown, that the viewer didn’t feel the horror they should at Suzie’s murder. Though some post-production work was done to try and rectifiy this, we have to say that we agree with masses. Exploring an issue like the murder of a young girl will always be difficult, but the solution is not to spray it with perfume until the horror is masked completely. The overwhelming success of Precious – the story of an American teenager abused by her parents – has shown that audiences respond well to being presented with the reality of these terrible scenarios, rather than being distanced from them completely. To be fair, the cast are all strong, Saoirse Ronan (of Atonement) does a great job of portraying Suzie, lost in an in-between world, and Rachel Weisz brings a wonderful grieving grace to the part of Suzie’s mother. It would be been interesting to see what else she would have brought to the character had they decided to include her infidelity.