Clint Eastwood is a Hollywood icon. He has tried his hand at everything, contributing to over 100 films in roles varying from director, producer and actor, to still photographer for the narcissist’s dream that is the documentary Eastwood on Eastwood. In his career he has won four Oscars and three Golden Globes, also directing five different actors in Oscar-winning roles. As a composer, his score for Grace is Gone was nominated for a Golden Globe. He also released an album of Cowboy Favourites in 1963. After registering as a Republican to vote for Eisenhower in 1952, he became disenchanted with the party during Nixon’s presidency, referring to himself in interviews as a ‘libertarian’. He was elected mayor of Carmel-by-the-Sea in California in 1986. During this year’s elections, Eastwood formally endorsed Mitt Romney, making an infamous appearance at the Republican National Convention where he spent 11 minutes addressing an invisible President Obama…

WHAT DO YOU MEAN, “SHUT UP”?! – Oh Clint, you kook.
In addition to all this film-making-and-starring-and-singing-in malarkey, somehow Clint has managed to find time to father seven children by five different women! Apparently particularly famed for his promiscuity during the 1970s, the punctual scamp would engage in ‘nooners’ and ‘five in the afternooners’ with young ladies of the neighborhood. Which I can only hope are euphemisms for a nice cup of tea and a chat.

Clint’s many Wikipedia pages tend to read like a list from TrueLAD, and I wish to personally spearhead a movement to re-attribute every banal, asinine Chuck Norris ‘joke’ ever made to Clint “Got” (East)Wood.
He claims to have lost his virginity at age 14 and used to seduce women over the bar at the English-inspired pub that he opened: The Hog’s Breath Inn. He served as a lifeguard during the Korean War, and once survived a plane crash, escaping the sinking aircraft and swimming three miles to shore. He TURNED DOWN the role of James Bond, presumably because he wouldn’t be caught dead drinking a Martini, and he FLIES A HELICOPTER around, just to avoid traffic jams. 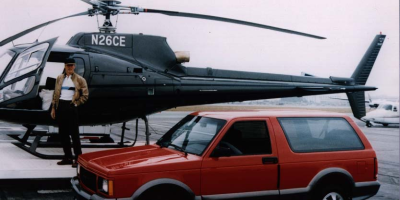 Allegedly, Clint wore the same poncho – without ever washing it – in all three Man with No Name Westerns, leading the series to be renamed the Man with No Friends Westerns. For many years, he held the succinct, prestigious and much acclaimed title of Owner of the Nation’s Largest Known Hardwood Tree, a bluegum eucalyptus. Until a larger one was found in 2002. Bet that made his day, punk. Lastly, but not at all, definitely not, never, no, leastly: the Polish have a specific word in their language (Polish) that means ‘to walk around like Clint Eastwood’. Fact. Or questionable Fact found on internet forum.

“Nobody, I mean nobody, puts ketchup on a hotdog.”

“Yeah, I know Clint, he’s a great guy! Whilst some may think he’s a gun-toting, furniture-whispering, helicopter-flying, Republican loony, he is probably one of the most talented actor/director/producer/singer/composer/womanisers ever born. And definitely one of the coolest.”

“Oh hey Clint, would you like some hotdog with that ketchup?”

Anything else you think the world should know about Clint Eastwood? Drop us a comment below!

Previous: The Terminator reboot combines the might of the Ellisons
Next: Zero Dark Thirty picks up Best Picture from NY film critics