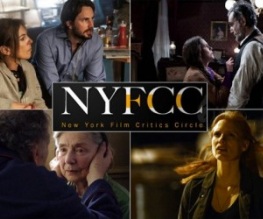 Zero Dark Thirty recently picked up a few prestigious, poster-worthy addendums, claiming Best Picture and Best Director titles from the New York Film Critics Circle. Already being hailed by some quarters as a forensically-detailed account of the ten-year hunt for Osama Bin Laden, and more modestly by others as one to watch out for in 2013, Kathryn Bigelow‘s latest is stacking up to be one hell of a treat.

Not that the Oscars are any kind of barometer of cinematic quality, but it’s always worth a gentleman’s bet around this time of year with regards to the potential big winners. The New York Film Critics Circle have been in line with the Academy Awards’ eventual Best Picture recipient for three of the past five years, including last year’s winner The Artist. Having won Best Picture and Director gongs with The Hurt Locker at the 2009 Oscars, it’s unlikely Kathryn Bigelow will manage the same feat again with Zero Dark Thirty, but it looks like it could be a similar sleeper hit.

Others recognised by the New York film critics circle included Daniel Day-Lewis for Lincoln, and Matthew McConaughey for his role in Magic Mike. Early days, but it looks like the States’ awards season could be a thoroughly back-slapping affair, with some serious acknowledgement for its more heroic histrionics on the cards with Zero Dark Thirty and Lincoln two of the heavyweight contenders for the top prizes.

What would make your awards shortlist for 2012? Nominations below!