Harmony Korine is the name on EVERYBODY’S lips at the moment, thanks to his directorial credit on “controversial” film Spring Breakers, which sees former Disney actresses Vanessa Hudgens and Selena Gomez strip off, pick up guns, do drugs and engage in some pretty bad girl activity on screen. Also starring James Franco, Ashley Benson and Karine’s wife Rachel, the crime drama has received generally favourable reviews from the critics – despite some shying away from his modernised interpretation on the hedonistic American dream. 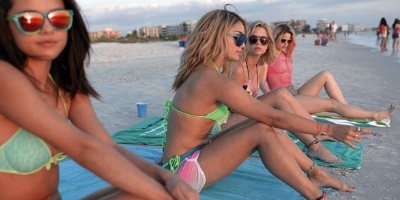 But what else could we expect from the man who specialises in the tumultuous, the discomforting, the controversial and the wildly dysfunctional? Korine’s first script was the extremely provocative Kids, which told the tale of an HIV positive teen intent on spreading his disease. Think date rape, physical violence, sex with barely-pubescent minors and extremely explicit sexual scenes. Next up came Gummo, which features two teenage boys who divide their time between killing cats and shagging girls, the unsettling Julien Donkey-Boy, which weaves a tale of untreated schizophrenia and possible incest, and Mister Lonely, which focuses on a “family” of celebrity impersonators and suicidal nuns. No wonder he’s been described as “one of the most untamed new directors”.

Harmony Korine may be famed for his controversial films, but it’s the films he HASN’T made that really show him off to his full and utterly mad potential. First up, there’s Fight Harm, an abandoned documentary which was set to feature Harmony himself – getting beaten up by as many people as possible.

Wait, what? EXPLAIN YOURSELF, HARMONY!

“The idea was that one fight, two fights, maybe three fights, was not going to be that comedic. But I thought that ten fights, twenty fights, maybe thirty fights—the repetition was going to be hilarious. It can happen when you loop a single movement. I don’t really know what it was, but the idea with it was that looping the sense of violence—the brutality of the loop—would be really slapstick, that it would make people laugh. I also thought there was something exciting about the idea of bleeding for the people.”

Yup, essentially he wanted to provoke enough people into beating him up so that he could make a Buster Keaton style film out of it. But, before you all panic, at least Harmony had some guidelines in place. Guidelines which made no actual sense, mind…

“I would go around with a camera crew, and the only rules were that I couldn’t throw the first punch and the person I was confronting had to be bigger than me. Because that’s where the humor comes in. It wouldn’t be funny if I was fighting someone my size. They had to be bigger than me, and no matter how bad I was getting beat up—unless I was gonna die, that was the rule, unless I was like passed out and they were still killing me — they couldn’t break it up. Because that’s where the comedy comes in as well.”

In a bid to draw a bouncer into a fight, Harmony Korine admits to antagonising “some stripper, some bitch” (nice Korine, you kiss your mother with that mouth?) and, unsurprisingly, he soon found himself picked up bodily and thrown into the street. And that’s where Korine got a little disturbingly severe with his project…

“I took a brick – it was like a piece of broken sidewalk – and smashed him in the head when he got close … All this blood just went kshhhhht. Then I started taunting him. So he starts running after me. We’re going around this car, running in circles, and that’s where the whole Buster Keaton thing comes in. It’s really high comedy.” 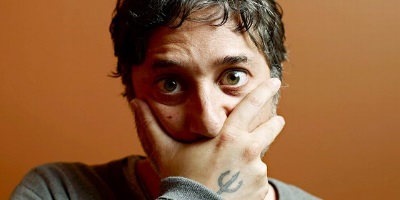 High comedy? No wonder Korine gave up on THAT project halfway through – he found he was spending far too much time in hospitals and mental institutions to ever get it finished. However Fight Harm is nowhere near as bizarre as unmade film What Makes Pistachio Nuts? – which was, as I’m sure any rational person reading this will have guessed, a story about a pig named Pistachio. But, just like Babe before him, Pistachio was set to be a pig of a very different calibre – namely one which would regularly have glue applied to its feet and ridden up walls. Why? So his rider could throw molotov-cocktails down at the people below, obviously! Still why? Because… because there was a race-war on, apparently. We don’t know – and we’ll never know, because the script was burnt in a fire.

“It was going to be my masterpiece,” admitted Korine, after spending $11,000 in a fruitless bid to salvage the document from his burnt-up hard drive. Thank goodness for him another genius had almost the EXACT same idea – and found a way to make it happen.

If you need to know anything else about the Spring Breakers director, it’s that he wrote lyrics with Björk for her song Harm of Will from the album Vespertine. And he’s made a voodoo dance instructional video. Yup. That’s a real thing that genuinely happened.

“When I started making movies, I was pretty young, and at the time I felt like there needed to be more confrontation in cinema-or I needed to make something more disruptive-so in the beginning, those movies were me wanting to play with the rules. I also felt strongly about narrative at that time, about things coming from all directions. There was a certain chaos to those films that I was living.”

Harmony Korine doesn’t just direct movies, he directs his audiences as well. Seeking to provoke a reaction of the strongest emotional kind, this cult filmmaker is all about controversy and the shock factor and yet, despite the fact his camera often exposes the darker, more nihilistic qualities of human nature, he does it with a soft and almost poetic flourish. Now that he has broken into mainstream cinema with Spring Breakers, it’s safe to say that we can expect to see a lot more of Korine’s thrilling, hilarious, original, weird and stylish as hell films in years to come – and, looking at his track record, his movies are only set to get better! 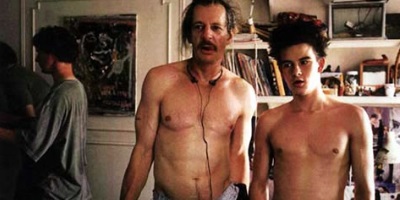 Isn’t he the guy from Jackass?

If you’re looking for something outside the realms of the traditional, almost like an extended video game or a pop song, than Harmony Korine is your man. Narrative plays second-fidle to his desire to capture a certain type of energy or experience, which means that his films are more all-encompassing and, as he has said himself, “bring out some really weird s**t in people”. Go in with an open mind, get ready for something truly trippy and allow yourself to feel a weeny dash of smug superiority; after all, this is the director hipsters everywhere are waxing lyrical about – it’s best to jump on the bandwagon now, ahead of his inevitable Spring Breakers induced mainstream popularity surge.

What do you think of Harmony Korine – is he a genius, a wannabe genius or completely insane?

Previous: The Croods
Next: Elysium trailer is here and it’s…meh