Whenever someone gets interrupted by their parents 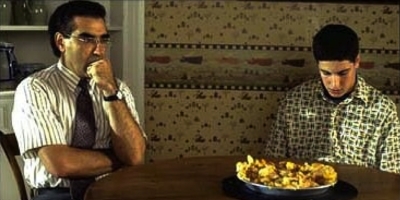 You ever notice when you were growing up, that every time you were getting ready to pull a prank, hit your sibling or steal cookies out of the cupboard, all of sudden, up would pop mum and dad? We’re pretty sure that parents are biologically wired to be able to sense when their offspring are doing things that they shouldn’t. Luckily, we no longer live at home so we don’t have to put up with our parents’ ninja antics but spare a thought for these poor souls. Faring so badly with the opposite sex that you have to resort to making sweet tender love to an inanimate object is bad enough but when that object is a freshly made apple pie, you’ve basically hit rock bottom. Still, that’s perhaps marginally better than indulging in a flagrant display of self manipulation before realizing that YOUR CREEPY MOTHER HAS BEEN IN THE ROOM THE WHOLE TIME! Tough break Natalie.

OR (hopefully there are no films featuring both…)

Whenever someone uses their parents as wank bank fodder 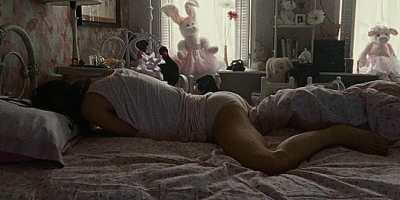 We’re seriously appalled that there was enough of this kind of thing to be able to make a game of it but unfortunately there are some pretty sick filmmakers out there. Take The Strange Thing About The Johnsons for example, a short film so brilliantly disturbing that we aren’t sure if the director deserves an Oscar or an exorcism. The subject matter of this particular film concerns an incestuous relationship between a son and a father, and the director decides to ease us in to this lovely little familial tale by starting the film with a shot of the son getting jiggy with it to a picture of his own father. We wish this was the last time we saw something of this nature but dark comedy Spanking The Monkey features a similar scene. Not only are we severely traumatized, we’re now not cool with hugging our own parents anymore.

When someone uses a strange aid 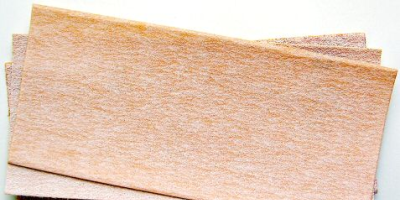 Back in the day, if a film was going to set up a scene referencing some solo fun, the only props the audience would see were an old Playboy magazine, a sock and maybe some hand cream. But apparently, this is no longer enough. Through the course of our “research,” we’ve encountered scenes where crucifixes (The Exorcist), barbie dolls (Grandma’s Boy), slices of pizza (Dodgeball) and cars (Due Date), have all been deemed appropriate objects to incorporate into the self love sphere. Probably the most distressing of all was the main character in The Human Centipede 2‘s use of sandpaper to stroke the magic dragon. Although, to be fair, it was The Human Centipede, we were basically asking to be disgusted. Trips to B&Q are never going to be quite the same again.

When someone takes it that just that one step too far 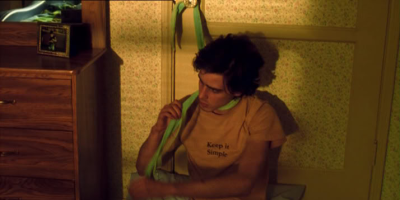 We’re all for creativity but some of the characters in films such as Ken Park and World’s Greatest Dad took their love for self-appreciation to a level that just didn’t need to be explored. We’re not sure when it became cool to throttle oneself half to death just to get some jollies but apparently this is indeed a thing. Seriously guys, A for effort really, but maybe, dial it down a little?

SLAM IT YOU WANKER

When someone doesn’t get to finish the job 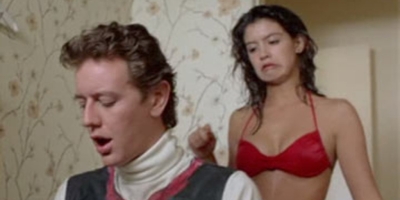 We’re all familiar with the phrase, “If it’s worth doing, it’s worth doing properly.” It’s a phrase that’s lost on these lot. In Fast Times at Ridgemont High Judge Reinhold is having a gay old time, fantasizing about a red bikini-clad Phoebe Cates but wimps out when the object of his affection catches him. Naomi Watts managed to get up to all sorts of mischief in Mulholland Drive but her energy supplies waned when it came to sorting herself out and a few frustrated wriggles were all she could manage. Perhaps the most useless of all is American Beauty‘s Lester Burnham. He’s halfway there when he stops just because his wife is in the bed. Ridiculous. “But what was he supposed to do?” I hear you ask. Turn over and finish the job like a boss, that’s what. 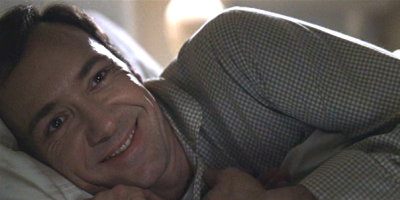 Ah look, he took my advice. Look how happy he is.

Did we miss out your favourite cinematic slap-and-tickle? Let us know below!

Previous: 47 Ronin director axed – after the film has already been shot?
Next: Man of Steel to feature Black Zero?